We celebrate National Space Day on the first Friday in May, which is May 5 this year. It was created to inspire all of us in the pursuit of knowledge and progress. There’s so much going on in the universe, it definitely deserves a day to reflect on everything! Though it’s unlikely you’ll be able to celebrate in outer space, you can still take part in your own corner of the universe with our gravity-defying facts, figures, and ideas for getting involved this National Space Day.

Never-ending and ever-expanding, space is celebrated on National Space Day, which takes place on the first Friday in May — May 5 this year.

We could say that National Space Day’s history starts at the beginning of the universe itself, when an intense pressure and temperature resulted in the Big Bang, exploding the universe and everything in it into existence.

Ever since, the curious-minded have been fascinated with space and its state of feeling so near and yet so far. Whilst early cultures identified things in the sky as gods or spirits, it was the ancient Greeks who developed the study of planets and stars into something resembling the astronomy we know today. Although the heliocentric system was first suggested by the ancient Greeks, the theory wasn’t developed and published until 1543 when Copernicus outlined his ideas about the planets revolving around the sun.

Astronomy was further advanced by Galileo Galilei in the 17th century, who has often been referred to as ‘the father of astronomy’ due to his avid pursuit of it against the wishes of his patrons, colleagues, and even the Pope. He invented important apparatus for observing space and proving his theories, although he spent much of his life under house arrest for his work.

Centuries later, space continued to be a contentious issue when the space race began between Cold War rivals, America and Russia. The two countries competed to be the first to achieve space flight and eventually put a man on the moon. The victory was America’s, when Apollo 11 and its team of astronauts landed on the moon on July 16, 1969.

In 1997, the Lockheed Martin Corporation introduced National Space Day as a one-off event, and it was later expanded to International Space Day in 2001, due to its extreme popularity, by former astronaut and senator John Glenn.

Suns, stars, moons, and infinite realms. How do we even begin to explain the magnitude of space? What’s truly beautiful about space is that it may be endless, and yet there are millions of billions of secrets that it holds, each important and keeping everything in place. Humans have not even scratched the surface of the secrets that this infinite vacuum we know as space holds. But that doesn’t mean that we can’t celebrate what we do know, and be in awe of it.

On the first Friday in May each year, scientists, astronomers, astronauts, science buffs, and more, observe National Space Day, celebrating its mysteries and beyond. There is plenty to discuss and learn about space during this annual observance; from documentaries on television to discussions on online forums, everyone can benefit from learning about space.

The history of space is older than life on Earth and dates back to the beginning of the universe, following the Big Bang, which propelled life, time, and existence. The yearly celebration of space on Earth was started by Lockheed Martin in 1997 as a day to promote space and the fields of STEM among the youth.

In 2001, former Astronaut Senator John Glenn broadened the scope of National Space Day celebrations, encouraging everyone to participate and learn about space exploration.

The universe explodes into existence after (scientists believe) a period of intense heat and density caused it to expand.

We Move Around the Sun

Nicolaus Copernicus proposes the heliocentric system of the universe, in which planets orbit the sun and turn daily.

Sputnik 1 becomes the first artificial satellite in space, sending the first-ever signals back to Earth.

First People on the Moon

Apollo 11 successfully lands on the moon, and the crew become the first people ever to walk on its surface.

Grab your telescope, pull out your model rockets, and set up your “space station” to study space and the infinite universe. Of course, don’t forget your tiny meals that are fit for an astronaut. Invite some friends over and discuss the stars, the constellations, and any unidentified objects, and reflect on how precious life on Earth really is.

Scientific organizations host gatherings, seminars, and educational programs to promote the holiday. Science and space are highlights of the day in schools, and students are taken to local observatories and science museums. National Space Day increases interest in science and our galaxy, and is an enjoyable experience for all.

450° C — the temperature of the hottest planet in our solar system.

1986 — the year when NASA discovered microscopic life on Mars.

200-400 billion — the estimated number of stars in the universe.

2061 — the year when Hailey’s Comet is expected to orbit past Earth again.

100 million — the number of years for which man’s footprints will be imprinted on the moon.

3.75 billion — the number of years until the Milky Way and Andromeda galaxies collide.

599 miles — the width of the largest known asteroid.

99.86% — the percentage of the solar system’s mass occupied by the Sun.

How do I get into space?

It’s currently not possible for civilians to travel into space. To be in with a chance, you’ll need to become an astronaut by training with a special program.

Is space getting bigger?

Yes. Observations over the history of astronomy suggest that space is gradually expanding, as everything continues to move away from the impact of the big bang.

Can people live in space?

Whilst there have been many works of fiction based on the idea of living in space, the only people who currently live there are those who work on the International Space Station, orbiting the Earth every 90 minutes.

5 Facts About Space To Expand Your Universe

Why We Love National Space Day 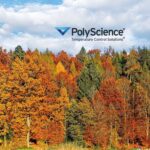