According to the Merriam-Webster Dictionary, the word ‘sportsmanship’ has its origins in the 1700s where it was used in England among upper-class men who participated in country sports, such as hunting and fishing. The word is one of the most popular words still in use today.

In the 1936 Summer Olympic Games in Berlin, the racist sentiment of the Nazi party was at an all-time high. Despite this, German competitor Luz Long, who was participating in the long jump event, helped an African American opponent named Jesse Owens to improve his form. Owens was representing the United States and had African roots. Long saw Owens struggling because of his form and gave him some great advice, despite the negative sentiment in Germany at the time towards people of color. This act of sportsmanship helped Owens secure the gold medal in the event.

In 1956, at the Australian National Championships, Australian runner John Landy showed a great example of sportsmanship when he helped his 19-year-old opponent, Ron Clarke, who had tripped and fallen. Landy, who was behind Clarke, stopped running and helped his opponent get back on his feet. After this, Landy resumed running and was somehow able to win the race. A statue was built to commemorate this display of sportsmanship.

During the 2005 Rome Masters, Andy Roddick showed remarkable sportsmanship in his tennis match against Fernando Verdasco. Roddick was announced as the winner of the match by mistake when in reality both Roddick and Verdasco were still at match point. Roddick called out this mistake and pointed out that the shot didn’t count. Verdasco went on to win that match.

Origins of the Word ‘Sportsmanship’

The word is first used in England among upper-class men who participate in country sports such as hunting and fishing.

In the Summer Olympic Games in Berlin, German player Long gives essential advice to his African-American opponent, Owens, about improving his posture.

During the Rome Masters, tennis player Roddick shows remarkable sportsmanship in his match against Fernando Verdasco by pointing out that an extra point has been given to him by mistake.

What is the true meaning of sportsmanship?

Good sportsmanship is treating other players, coaches, officials, and parents with respect.

Why is sportsmanship important?

Good sportsmanship is an important character trait that will benefit players throughout their lives — both on and off the field or pitch.

What is the most common offense of bad sportsmanship?

Cheating or rule-breaking to gain an unfair advantage is viewed as unsportsmanlike conduct.

How To Celebrate National Sportsmanship Day

Why We Love National Sportsmanship Day 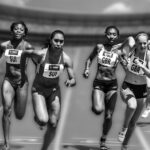