On National Cold Cuts Day on March 3 each year, the nation unites in a common love for meat items that have been stored and processed in various methods. Call them what you will — cold cuts, lunch meats, deli meats, or sandwich meats — we know you each have a favorite. So come on and share the cold cut love. It’s time to celebrate those delicious pieces of processed meat; it’s time for National Cold Cuts Day!

Stack ‘em up or eat them slice by slice; put them in your sandwiches or cut and add them to your pasta dish. However you choose to eat cold cuts, there is no denying its popularity. According to various websites, Americans alone consume around $2 billion worth of cold cuts per year, with Bologna being the most popular type of meat eaten.

While we are still searching for the founders of this day, let’s look at how this type of meat preparation came to be.

In the early ages, back when refrigerators were a part of science fiction tales, people still wanted to enjoy meat. Unfortunately, it would spoil too quickly before people could relax and enjoy the giant animal they were planning to eat. So they began sun-drying meats. This process originated in the Paleolithic age, say historians, and went on for quite a while. The cold cut made an appearance much later, around 500 B.C. The Ancient Romans and Etruscan population would salt and smoke meat to keep it around — and edible — for longer. Romans regularly feasted on ham and prosciutto. These cold cuts often were a part of their main courses and even became street food. Gradually, as the empires spread, the curing and processing of meat took on aspects of the region. The ways of conserving meat changed from region to region.

By the Renaissance, special cured meat recipes abounded, and the seasoning was as different as the people and countries making them. The deli meat that is so popular today has been attributed to the Earl of Sandwich, who popularized these, along with his famous creation (the sandwich) in the 1700s. In turn, meats like pastrami, corned beef, among others, are the invention of Jewish delis from Eastern Europe. Their emigration to the U.S. and other places led to the deli meat craze in other parts of the world.

By the 1800s, cold cuts were an everyday item. Specialized stores that sold such meats populated places in the U.S., Italy, and other regions. To this, we add the ancient (and immensely popular) art of ‘charcuterie’. Derived from French, this describes the preservation of meat through curing, smoking, and salting. It has been around for more than 6000 years, and the ancient Romans are likely the very first people who tried to regulate the trade of charcuterie (they wrote laws regulating the ‘right’ production of pork joints). The French contributed greatly to charcuterie production, even building guilds, and regulating the production of such meats. The classic culinary reference book, Larousse Gastronomique, also contains references to charcuterie.

Today, cold cuts are extremely common all over the world, and the industry shows no signs of stopping its upward march.

During Etruscan times — which flourished in central Italy — the prosciutto is a very popular item among merchants.

“The Odyssey” — a set of 24 books that describe an epic poem, attributed to Greek author Homer — contains mentions of cold cut meats.

Strabo, a Greek geographer, philosopher, and historian writes that salted meat is being imported from Gaul; he also indicates that people at Borsippa (or Birs Nimrud) — now an archaeological site in Babylon Province, Iraq — are catching bats and salting them to eat.

What kind of meat is a cold cut?

These are cooked or cured meats — like sausages, ham, meatloaves, etc. — that are recommended to be warmed before eating, although they are also often cold.

Is it bad to cook cold cuts?

Some cured meats could contain a bacteria called ‘listeria’. Therefore, the CDC recommends people heat their cold cuts to at least 165 degrees before consumption.

Cold cuts are processed, not raw, meats. Processed meat, according to the American Institute for Cancer Research, is meat that has been preserved by smoking, curing, or salting, or by the addition of chemical preservatives.

5 Of The Funkiest Cold Cuts Ever 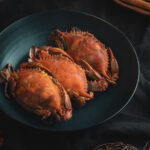 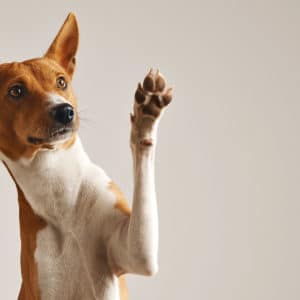