National Crab Meat Day is celebrated on March 9 every year. This holiday celebrates the tasty goodness of crab meat and the delicious recipes that include this ingredient.

There is a large market for crab in America and an even larger market for imitation crab meat, which is used as a replacement for actual crab in many recipes. Imitation crab is preferred by a lot of people, but when it comes down to it, people love the soft, sweet flavor of crab meat, and nothing can replace the original.

Crabs are so popular because not only are they super delicious, but they are great for health too. And guess what? There are tons of ways in which a crab can be cooked. This means even if you don’t like one recipe, you can easily opt for another one that is more of your flavor. So grab your wallets, call a couple of friends, and get ready to celebrate National Crab Day with a crab-eating fest. We promise it will definitely be worth it.

National Crab Meat Day pays homage to the deliciousness of crab meat and its popularity across the country. People across the world love seafood— especially crabs. People, on the other hand, appear to be more concerned with the flavor of crabs and how delicious they are rather than the health benefits they give. Crabs, according to the study, are abundant in protein and contain high quantities of omega-3 fatty acids, vitamins B12, and selenium. Omega-3 and protein supplements are in high demand around the world because they play such an important part in keeping people healthy and fit. But the truth is that none of these supplements can compare to the real nutrition you’ll get from eating a crab.

Crabs are crustaceans found in all the oceans of the world. They are covered with a hard shell, known as an exoskeleton, and usually have two claws known as pincers. One of these pincers is usually larger than the other. The claws also have meat and are one of the most flavorful and meatiest parts of the crab.

Crabs were first consumed in ancient Rome by persons who lived near the sea or frequently went by sea. These individuals introduced the dishes to Britain and the trend of consuming lobster, crab, shellfish, etc. began to spread. In the mid-fifteenth century, crabs were boiled and eaten cold with vinegar. But it wasn’t until  Victorian times that different dressings for crabs were created by cooks. Archeologists have also discovered that blue crabs were a vital source of food for Native Americans, Euro-American colonists, and African Americans. Crab remnants dating back to the 17th century were unearthed in Maryland, revealing this.

Some species of soft-shell crabs are eaten whole, including the shell, while with others only the legs and claws are edible. The roe or crab eggs are also a delicacy across the world, particularly in Southeast Asia. In America, Chesapeake Bay is the area where crab roe is primarily consumed.

Crab meat is known for its delicate, sweet flavor. So while there are recipes, particularly in Asia, where the meat is used in recipes that use a lot of spice, most American recipes for crab rely on the flavor of the meat itself. Alaskan crab, for instance, is cooked by boiling it with garlic and butter and not much else.

Crab is also a popular ingredient in American sushi, but because of the expense, most restaurants prefer to use imitation crab rather than actual crab since the flavor isn’t central to the experience in these recipes. When it comes to fishing and fisheries, crabs account for 20% of all the crustaceans caught, farmed, or consumed. They are eaten all over the world in many different preparations, recipes, and methods.

Crabs are so popular amongst health experts because they can help reduce blood clotting, prevent anemia by producing red blood cells, and most importantly, the delicacy can decrease the risk of dementia and Alzheimer’s disease. Of course, the benefits of crab were not so well-known till much later. In fact, crabs took a while to reach the U.S. food market.

Having started in Alaska, the fisheries are now monitored and the catches are recorded in a more formal way.

A Decline in Crab Fisheries

Over time, the catches slow down, crab populations decline, and fisheries begin to shut down.

Although the populations can never go back to the same levels, crab populations in Alaska recover enough to allow for small fisheries.

Wondering what pan is best for baking a cake? This buying guide will help you decide.

The Best Cutting Board of 2023

Find the best cutting board that makes the hassle of cooking a breeze!

The Best Dinnerware Sets of 2023

The Best Measuring Spoons for 2023

Make sure you have precise measurements every time you cook or bake with these helpful kitchen measuring tools!

Find the best utensils to upgrade your kitchen skills

These steak knives are sure to make quick work of any steak, no matter how tough.

The Best Storage Containers for 2023

Having the right storage containers makes it easy to maximize your space.

Non-stick pans are a must-have in any kitchen. Not only do they make the cooking process easier, they also make cleanup a breeze.

Which state has the most crabs?

Maryland is the state with the most crabs in the country.

Why is crab fishing so dangerous?

Alaskan crab fishing is particularly dangerous because of the temperatures and the risk of hypothermia to the fishermen.

Can I eat crab every day?

Eating crabs on a daily basis can improve the zinc in your body. 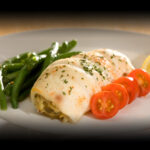 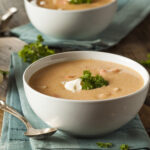