Throw on some Aqua — March 9 is National Barbie Day! In 1959, an 11-inch tall bombshell made her debut at the American International Toy Fair in New York. Designed by Ruth Handler, the co-founder of Mattel Inc., Barbie was created to allow girls to imagine what their lives could be like in the future. She’s had a slew of careers, from a registered nurse to an astronaut. And she’s done it all with a companion. Barbie was a single lady for all of 2 years. But in 1961, overwhelming demand caused Handler to release a boyfriend for her — Ken. (Verdict’s out if he’s ever going to put a ring on it.) On National Barbie Day, we celebrate all things Barbie.

The iconic Barbie doll and her friends are celebrated on National Barbie Day on March 9.

Barbie is simply iconic. There is nothing that comes close to the spectrum of emotions that are conjured by the doll, and how she is perceived uniquely by every individual who has ever played or owned a Barbie doll.

Barbie was inspired by Lilli, a German doll, which had misogynistic attributes and had a more “adult” appeal. From this idea, the co-founder of Mattel toy company Ruth Handler became inspired to create a doll that was a grown woman. In 1956, while on vacation with her family, Handler first came across the Lilli doll and noticed how enamored her 15-year-old daughter Barbara was. Before the creation of Barbie, most dolls were either babies or children. Handler’s vision was to create a doll that had a grown female’s anatomy. Over the next couple of years, Handler worked to design a wholesome, American doll. Named after her daughter Barbara, Barbie debuted at the American International Toy Fair in 1959. Crowds of people instantly fell in love with the doll.

The first Barbie doll was available in one body type. More than 60 years since its introduction to the public, Barbie has been a role model and friend to children and adults throughout. Reimagined in many ways and challenging societal norms, Barbie has truly been an integral part of the change, especially for girls.

Toy company Mattel has made changes to the anatomy of the doll over the years to counter critics and their claims that Barbie is misogynistic. In 1963, Midge was created as Barbie’s best friend, followed by Teresa, Ken, and Christie, to dispel these claims and broaden Barbie’s appeal as a family-friendly doll.

The first-ever Barbie debuts in a black and white swimsuit at the New York Toy Fair.

Before women are even allowed to open their own bank accounts, Barbie purchases her first dream house.

The Christie doll hits the market as one of the very first black dolls.

Barbie runs as a candidate in the presidential election.

“Barbie in the Nutcracker”

Barbie gets her first feature-length movie, “Barbie in the Nutcracker.”

To many, Barbie herself is a tradition. Generations have grown up playing with Barbie. Barbie has been a best friend to many, and a role model to girls around the world, encouraging them to dream big and be unstoppable. Families and friends have bonded over the doll, and passed on favorites from one generation to the next.

Barbie lovers discuss their favorite dolls online, bring out their collections, share them with kids, and watch the iconic Barbie movies.

$3 – the price of the first Barbie doll.

200 – the number of careers Barbie has had over the years.

1965 – the year when Barbie traveled into space, four years before the actual moon landing.

100 – the number of Barbie dolls sold every minute.

What is Barbie's real name?

Why is National Barbie Day celebrated?

National Barbie Day celebrates the number one doll of all time, Barbie. Her contribution to playtime and causes over time is celebrated by collectors around the world.

What day is National Barbie day?

Why We Love National Barbie Day 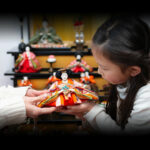