National Heroes and Benefactors Day is celebrated on March 9, but it can be moved to the first Monday following the La Ruta Maya Canoe Race. If it ​​falls on a Monday or Saturday, the holiday will remain on March 9, otherwise, it will move to a Monday. It is a day off for educational institutions and most private businesses. Previously, this day was named after Henry Edward Ernest Victor Bliss, a Portuguese lord. He had given nearly two million Belize dollars, a significant percentage of his riches, to a trust fund established by the colony of British Honduras, now Belize. The fund was later used to help Belizeans by constructing a public library-museum, nursing homes, clinics, and markets. The funds have also been used to upgrade the city’s water supply system. Isn’t that fantastic? A huge thank you to the baron’s generous charity!

This day honors Baron Bliss, an Englishman who left a bulk of his fortune to the service of the Belizean people. Henry Edward Ernest Victor Barretts was his birth name. He was later given the title of Fourth Baron Bliss of the former Kingdom of Portugal by an ancestor. He earned sufficient wealth to be able to spend the latter years of his life aboard his yacht, fishing, and sailing in the Caribbean Sea.

While exploring the coastline, he landed on the colony of British Honduras. His visit to Belize was also prompted by an invitation from a friend, Willoughby Bullock, the city’s Attorney General of that time. Bullock had advised that the baron spend his retirement on the island. The city’s beauty and generosity of its citizens delighted Baron Bliss, who honored his friend’s request

Unfortunately, he fell severely ill during this time and his physicians diagnosed him terminally ill. This was when he decided to draft his will and leave a large percentage of his portion for the improvement of Belize. Interestingly, his will had meticulous dos and don’ts. He emphasized clearly that the fund would not be used to build schools, churches, or dance halls unless they were vocational or agricultural.

The money was well spent and the city now has notable institutes such as the Bliss School of Nursing, the In-Transit Lounge at the Belize National Airport, the Belize City Water Supply System, and the Baron Bliss Institute and Promenade.

Soon after the death of Baron Bliss, the Belizean government declared March 9 to be Baron Bliss Day, a national holiday. However, in 2008, the holiday was renamed National Heroes and Benefactors Day to celebrate other notable individuals who also contributed to the growth and progress of the city.

Bliss suffers from polio at the age of 42 and becomes paralyzed from his waist down.

Change of Bliss’s Will

Bliss realizes he has a terminal illness and decides to pass on his fortune to British Honduras.

Bliss is buried on the coastline of Belize City and a lighthouse is erected in his fond memory.

Is Baron Bliss Day the same as National Heroes and Benefactors Day?

Yes! The holiday was previously named Baron Bliss Day as it commemorates the baron but it was later changed to National Heroes and Benefactors Day.

Was Baron Bliss an explorer?

The baron can be described as an explorer, having retired to a career of fishing and touring different coastal places aboard his yacht. He was anchored by Belize City in the same manner

Is Baron Bliss the national hero of Belize?

The baron was Belize City’s biggest benefactor, but he was never recognized as a national hero. Instead, this title was given to the trio of Monrad Metzger, Philip Goldson, and George Cadle Price.

How to Observe National Heroes and Benefactors Day

Why National Heroes and Benefactors Day is Important 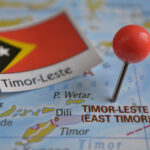 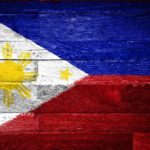