Bulgarian Liberation Day is commemorated on March 3 each year. The Treaty of San Stefano recognized Bulgaria as an independent state in 1878. This festival commemorates the Bulgarian volunteers who, with the help of Russian and Romanian soldiers, freed Bulgaria from nearly 500 years of Ottoman control during the Russo-Turkish War (1877-1878).

Two failed uprisings against the Ottomans in 1875 and 1876 resulted in the killing of about 15,000 Bulgarians. Tzar Alexander II led Russia against the Ottomans in 1877, and on March 3, 1878, Russia and the Ottoman Empire signed the Treaty of San Stefano after fierce conflicts and considerable loss of life. The Principality of Bulgaria, often known as the Third Bulgarian State, was established as a result of the pact.

It was the first of several steps toward Bulgaria’s independence. The influence of the San Stefano Treaty was opposed by the Great Powers, and it was initially replaced by the Treaty of Berlin on July 13.

Despite this, Bulgaria gained independence from the Ottoman Empire on March 3, 1878, and was able to establish its leadership, government, and culture. Prince Alexander of Battenberg was elected as Bulgaria’s first ruler on March 3, 1880.

The Treaty of San Stefano, negotiated on March 3, 1878, bound the Ottoman Empire to recognize the re-foundation of the Bulgarian state that had been conquered during the Bulgarian–Ottoman wars in the 1300s. On February 19, 1880, it was declared the Day of Emperor Alexander II’s Assassination and the Signing of the San Stefano Peace Treaty for the first time.

The Principality of Bulgaria declared its Liberation Day on the occasion of its 10th anniversary in 1888. It wasn’t until 1978 that it began to be commemorated on a national level. On February 27, 1990, the Chairman of the State Council issued Decree 236 declaring it a national holiday, which took effect on March 5, 1990.

Liberation Day is commemorated with celebrations all around the country, particularly in smaller communities. During the war for independence, most of these small towns were virtually devastated, and it is a somber occasion to remember the tyranny, struggle, and liberation. Flowers and messages are frequently left on Bulgarian Liberation Monuments, and many people also mark the occasion with fireworks.

The Treaty Is Signed

The San Stefano Treaty is signed on March 3, recognizing Bulgaria as an independent state.

Bulgaria Liberation Day is observed for the first time on February 19.

The Principality of Bulgaria officially designates the observance as Liberation Day during the 10th anniversary.

What does Bulgaria have a reputation for?

Bulgaria is known for being Europe’s oldest country! Khan Asparuh founded the city in 681 A.D., and it has kept its ancient name ever since.

What happened to Bulgaria in World War II?

The Soviet Union invaded Bulgaria during World War II, and a Communist administration was established in 1946, with Georgi Dimitrov at the head. In 1946, the monarchy was deposed, and the tsar was exiled. The Bulgarian People’s Republic was created and lasted until 1990.

Was Bulgaria a part of the Soviet Union?

How to Observe Bulgaria Liberation Day

5 Facts About Bulgaria That Will Blow Your Mind

Why Bulgaria Liberation Day is Important 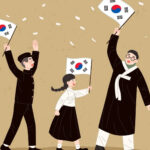 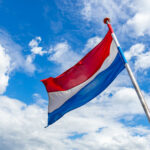 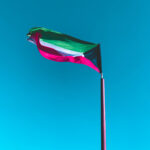