Blink 182 Day is celebrated each year on June 30. This day is also the 182nd day of the year. The band was formed in a suburb of San Diego and was known as Blink, and its original members were bassist and vocalist Mark Hoppus, drummer Travis Barker, and guitarist and vocalist Matt Skiba. The members were greatly influenced by other bands like Descendents, Green Day, and Bad Religion. The band’s music is a blend of pop music melodies and fast-paced punk rock.

Blink 182 Day is a day dedicated to celebrating the existence of the band, its members, their music, and widespread popularity. The band has had quite a few name changes, initially being christened as Duct Tape, and later adopting the name Blink. However, they had to add 182 as another artist was using the name Blink. Though no one really knows why that specific number was chosen, albeit some theories say it’s because of how many times Al Pacino says a certain curse word in the movie Scarface.

Blink 182 emerged as one of the most popular rock bands at the turn of the millennium and influenced the second wave of pop punk into the mainstream. The band’s first release was the EP Fly Swatter followed by the full-length Buddha and Cheshire Cat which were released in the early 1990s. Blink 182 tasted success following in the footsteps of the renowned band Green Day and the popularity of pop punk in the late nineties. Their album “Enema of the State,” appeared exclusively on MCA and was released in 1999 to huge success

Then around a decade ago, the band’s bassist and vocalist Mark Hoppus put out a tweet declaring a Blink 182 day and it has been recognized ever since. Now music lovers across the world, especially fans of pop-punk and rock music, make use of this day to appreciate one of their beloved bands for producing everlasting music. Even if you haven’t heard the band yet, it’s never too late to start, especially on a day dedicated to the band.

This American rock band is formed in Poway, California.

A Band Member is Fired

Scott Raynor is fired mid-way through a tour and replaced by Travis Barker.

The band reunites to produce an album after a four-year-long hiatus.

The band marks its last studio recording with Tom DeLonge with the release of Dogs Eating Dogs.

The band was named Blink by Tom DeLonge when the band’s members were Tom, Mark, and Scott Raynor. However, after realizing that an Irish electronica artist was using the same name, they added “182” to the end.

What are some of Blink 182’s most famous songs?

5 Facts About Blink 182 Day That You Should Know 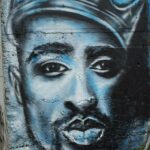 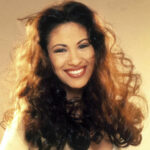