On April 16, Selena Day, fans will put on their favorite Selena songs and remember the incredible impact the Tejano crooner had on music. Though she was fatally shot by the president of her fan club in 1995, the 23-year-old was able to accomplish some huge feats – from being credited with catapulting Latin music into the mainstream, to being one of the best-selling female artists in Latin music history. Her work spanned several genres of music, and many young people who weren’t even alive while she was active count her as one of their biggest musical inspirations. In October 2020, “Billboard” magazine named Selena the “Greatest of All Time Latin Artist” and, in late March 2021, the American Music Association named her album “Dreaming of You” as the greatest Latin album of all time. So let’s remember Selena today with celebrations of her life and some good Latin music!

We commemorate the music and legacy of the "Queen of Tejano music,” Selena Quintanilla Pérez on April 16.

Born April 16, 1971 in Texas, Selena was quickly noted by family members to have great pitch and rhythm. They say they knew from the start she would be a musician, and by age 10 she was the singer of her family’s band Selena Y Los Dinos – her sister Suzette played the drums and brother Abraham was on bass.

By 1984, Selena had recorded her first LP record, and played exclusively Tejano music despite wanting to sing in the English language. After being discovered by the founder of the Tejano music awards, Selena won the Female Vocalist of the Year award in 1987 – and for nine years running after that! She truly broke boundaries by becoming a wildly popular Latina woman in the Tejano music genre, which was heavily dominated by men. By 1988, she had released 5 more hit records.

Music wasn’t the only thing Selena has been remembered for. The singer debuted iconic fashion choices, from rhinestone belts to ruffled shirts, that earned her the title of “Mexican Madonna” and still inspire fashion and makeup lines today.

On March 31, 1995, 23-year-old Selena was shot by the president of her own fan club, at a Days Inn in her hometown of Corpus Christi. The woman who shot her had also managed the boutiques that Selena had established, which featured Selena merchandise, clothing, and full-service hair and nail salons. She had been embezzling money and shot the singer when confronted with having to provide financial records.

Not two weeks after her untimely death, then-Governor of Texas George W. Bush declared April 16, Selena’s birthday, Selena Day in Texas. She has since been honored with awards, statues, and even a Selena museum in Corpus Christi. Her posthumously-released album, “Dreaming of You,” sold over 175,000 copies on the day of its release, and “Selena” has even become one of the most popular names for newborn girls. Though her death happened decades ago, Selena remains one of the most celebrated Latina singers and a powerful force in Tejano music and culture.

Around 40,000 fans came to Corpus Christi to the open-casket viewing of Selena, only a day after her death.

A Star is (Finally) Born

Over 20 years after her death, Selena is posthumously honored with the 2,622nd star on the Hollywood Walk of Fame.

In 2018, Netflix announced a new series on Selena’s life called Selena: The Series, to be aired in 2020.

Selena By The Numbers

10 — the age when Selena became the lead singer in her family’s music band.

1994 — the year Selena won a Grammy for the best Mexican-American album for “Live.”

500 — the number of Faberge eggs Selena owned that are on display in a museum in Corpus Christi, Texas.

22,000 — the number of actresses who were screen tested to play Selena before Jennifer Lopez was selected for the 1997 movie “Selena.”

14 — the number of Selena songs that hit the top 10 on the Hot Latin Songs Chart.

If today is April 16, then throw on your favorite Selena tunes and celebrate Selena Day!

When did Selena die?

What happened to Selena’s husband, Chris?

Widower and guitarist, Chris Perez, initially withdrew from the public eye after the death of his wife. However, after 20 years of mourning, Chris Perez is now back in the music scene, honoring his late wife’s contribution to the music scene.

How to Observe Selena Day

Why Selena Day is Important 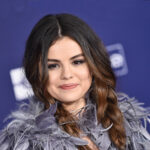 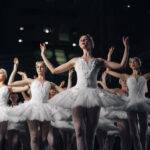