The first Wednesday in October gives us the opportunity to celebrate National Kale Day each year, falling on October 4 this year. The celebration sheds light on the versatility and amazing health benefits of kale. The observance plays a crucial role in increasing awareness and encouraging the eating and growing of kale. It is a staple food in any healthy diet plan. Join the celebrations as we eat healthy to mark National Kale Day.

Originating in Asia Minor and the eastern Mediterranean, kale was cultivated for consumption as early as 2000 B.C. Cabbage variants with curly leaves were in supply in 400 B.C. Greece, alongside the flat-leaved ones. These early variants are said to be the predecessors of what we now call kale. The Romans called it Sabellian kale.

In the 1800s, Russian traders brought kale into Canada and subsequently the United States. David Fairchild, a USDA botanist, gets the credit for introducing kale to America. He brought it from Croatia despite disliking cabbages, kale included. The easy nature of cultivation and its affordability were responsible for its popularity in Croatia. Desalination of soil was another great benefit.

During the Second World War, the Dig for Victory campaign promoted kale cultivation in Britain. At the time, the vegetable was the perfect candidate for cultivation because it provided crucial nutrients lacking from meals due to rationing. Kale was used typically for decoration in the U.S. It gained recognition as an edible food during the 1990s because of its rich nutritional value.

The 2010s saw kale gain popularity; becoming a diet favorite despite other vegetables being just as rich in nutrients. National Kale Day was founded by Chef Jennifer Iserloh and Dr. Drew Ramsey to celebrate the health benefits of kale and its many culinary applications. They entered a petition at Change.org aimed at giving the observance legitimacy.

The First Records of Kale Emerge

Kale is cultivated for food for the first time in Asia Minor and the eastern Mediterranean.

Kale is Set Apart from Cabbage

Records in Britain during the 1300s differentiate between loose-leaf kale and hard-head cabbage.

Russian traders introduce kale to Canada and then the United States.

Cancer research reveals that kale has more benefits when eaten raw. Cholesterol studies, on the other hand, suggest that kale is more beneficial when steamed.

Green veggies have high levels of fiber, which can take time to digest. Bacteria in your gut use the fiber as energy; resulting in gas.

Are there side effects from eating kale?

Eating kale can result in bloating for people who find it difficult to digest carbohydrates found in foods like beans and wheat.

5 Facts About Kale That Will Blow Your Mind

Why We Love National Kale Day 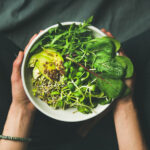 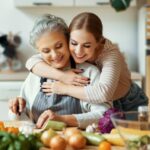