World Maths Day is celebrated on March 23 this year! Since its founding in 2007 by 3P Learning, the popularity of World Maths Day has multiplied fast. The day encourages students globally to take a break from the standard day-to-day math lessons. Instead, they can participate in competitive math-themed games, giving them the opportunity to win prizes and scholarships!

Created in 2007 by digital learning resource 3P Learning, World Maths Day encourages students around the world to engage in online competitive games centered around mental math problems. The platform’s games are aimed towards students aged 4-16 with the purpose of improving accuracy and confidence in arithmetic and problem-solving.

Help your child improve their math by taking 30 minutes to an hour out of your day to practice it. Not only is this good for your child’s development, but it helps you keep your brain engaged, healthy, and strong!

Rise of the Pythagoreans

That's a Lot of Questions

Participants from over 150 countries participate in World Maths Day.

Students take to Twitter to show off their ‘dress like a mathlete’ costumes for World Maths Day.

Clash of the Champions

World Maths Day Around the World

On World’s Math Day, test yourself. Jump online in a math competition and go head to head with someone in a different country. Compete from home on your laptop or get into a school-wide competition. See what you can do!

Get your kids involved in  the World Education Games

The World Education Games are a free, online competition where children of every grade level answer math questions within a set amount of time. Winners earn points for correct answers. In 2015, over 22,000 schools participated in almost 160 countries. Almost 33,000 children benefited from $100,000 raised during the games.

If you haven’t tried to solve a math word problem in years, World Maths Day is the time to see if you still have the right stuff. If you’re a parent, challenge your kids!

You can’t calculate a googolplex

No, this isn’t a Google drawing! A googolplex references the power of 10 to the power of 100. (If you weren’t sleeping in high school math class, you might remember this.) Unfortunately, you can’t calculate this on your calculator or computer because the answer is so long, you’ll run out of space!

Think about this next summer when you hear the cicadas

You know those noisy insects, the cicadas? Their mating ritual and incubation periods can keep cicadas underground for either 13 or 17 years. 13 and 17 are prime numbers that biologists say have influenced the insects’ ability to avoid predators with more even-numbered life-cycles.

In case you forgot, a prime number is an integers or whole number that is divisible only by 1 and itself. The prime numbers, 2 and 5, are the only numbers that end in…wait for it…2 and 5!

Why do we celebrate World Maths Day?

World Maths Day is celebrated every year in order to encourage students around the world to sharpen their skills in arithmetic and problem solving.

Is there a National Math Day?

National Mathematics Day is an Indian holiday celebrated in honor of mathematician Sir Srinivasa Ramanujan on his birthday, December 22.

Who is the father of mathematics?

Archimedes, a Greek mathematician, is considered to be the father of mathematics and made his most substantial contributions in geometry.

Why We Love World Maths Day 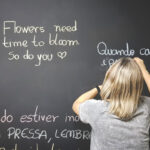 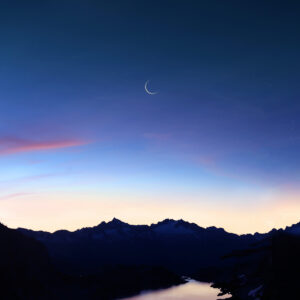