This National Physicians Week, from March 25–31, we can show doctors we appreciate them as much as they deserve with creative gifts, simple notes, and appreciation posts online. Doctors deal with years of school, grueling shifts, and emotionally difficult decisions, and still manage to care for us with focus and kindness. Physicians drastically improve the duration and quality of life for everyone, and throughout history have done their best to use cutting-edge science to care for others. Physician appreciation is also symbolized by a red carnation, so be sure to bring one to your favorite doc this week!

The medical profession is one of the oldest, dating back to 25,000 B.C. Healers completing their jobs are depicted on cave walls in France. It wasn’t until almost 20,000 years later that true surgery was born in Egypt, where the first public health system was established. In fact, Egyptians even performed root canals, much like we still do today.

In Greece, medical ethics were born. Hippocrates penned the famous and still-used Hippocratic oath around 500 B.C., which states that doctors must do no harm. By the 1100s, medical schools and hospitals began to be established across Europe. Some of the earliest ones were founded in Paris, Salerno, and Oxford. The works of Hippocrates and other Greek physicians were taught. Though medical schools had already existed for some time, the word ‘physician’ was not added to the dictionary until 1400.

There was a great expansion of the profession in the late 1700s and 1800s, starting in 1766 with the chartering of the first medical organization. In 1847, the American Medical Association was established, and 1849 saw the first woman medical student, Elizabeth Blackwell, graduate from Geneva Medical College in New York. Notable advancements of physicians in the 1900s included the 1937 establishment of the first blood bank, the first human to human heart transplant in 1967, and the first artificial heart implanted in a patient in 1982.

The movement that created National Physicians Week began in 2016 when the advocacy group Physicians Working Together (PWT) sought to celebrate and acknowledge physicians everywhere. The group started on social media with the goal to relieve stress and foster connections for doctors. The movement has come a long way — founder Dr. Kim Jackson says it has helped physicians find better connections with each other and with their patients.

The Hippocratic oath, written by Hippocrates carries the commitment to do no harm — doctors still take this oath today.

The word ‘physician’ first appears in the third edition of the Shorter Oxford English Dictionary.

Doctors in New York complete a transatlantic laparoscopy on a patient in France.

Where is National Physicians Week celebrated?

Are there other holidays between March 25–31?

Are there other National holidays about healthcare professionals?

Why We Love National Physicians Week 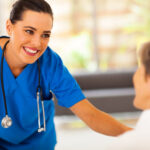 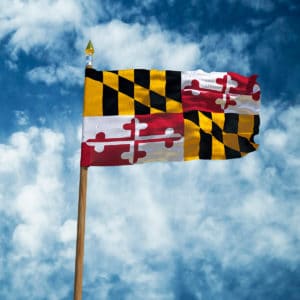