Here at National Today, we are gearing up to celebrate National Flash Drive Day on April 5. The small object deserves a commemorative day of its own given how easy it has made it to store and transfer data. The flash drive’s features also keep getting better day by day. For example, did you know that the first flash drive had only 8 MB data capacity? Today, the tiny gadget, usually weighing less than an ounce, can hold more than 2 TB. As if the change in storage capacity wasn’t good enough, now you can also get cool (and rather cute!) looking flash drives in the shapes of hamburgers, noodles, animals, and even — wait for it — Harry Styles.

Back in the ’80s, the Japanese engineer, Dr. Fujio Masuoka, working for Toshiba invented flash memory. The ‘flash’ part of the technology gets its name because the quick erasure action of the memory technology was similar to a camera’s flash. As the years progressed, and the technology enhanced, floppy disks and disc drives became just some of the ways in which the technology was being utilized.

However, with the advent of the flash drive, other forms of memory drives became obsolete due to their flimsy and/or bulky structures. The world has Dov Moran, Oron Ogdan, and Amir Ban to thank for the flash drive invention. These Israeli scientists working for M-Systems created the more compact and rectangular chip that made storing and transferring data much easier. Initially, flash drives were only sold in Singapore. But on April 5, 2000, the U.S. acquired a patent for the flash drive and, from then on, it became much more readily available everywhere in the country as well as the rest of the world.

To commemorate the technological revolution brought by the flash drive, USB Memory Direct deemed April 5 as the official National Flash Drive Day. People have been celebrating the day by appreciating the device’s versatility and remembering the less fortunate by donating their unused devices.

Flash Memory Introduced to the World

USB 1.0 and 1.1 are invented in order to reduce the number of cables needed for connectivity with devices.

Sony brings out PS2 with USB ports for connecting controllers and miscellaneous accessories.

Why is it called a flash drive?

It’s called a flash drive because of the system on which it runs. The word ‘flash’ relates to the flash memory on which it operates, and ‘drive’ points to the same system that a traditional disc drive uses to read and write information.

What are the best ways to keep information safe on a flash drive?

You can install programs on your drive that require a password to access the drive’s files. A further step of protection includes encrypting your files so that only you can access them.

What are the durability features of a flash drive?

A flash drive, due to its immobile parts, is extremely durable as it can survive surface scratches, falls, pressures, etc.

5 Facts About The USB That Will Blow Your Mind 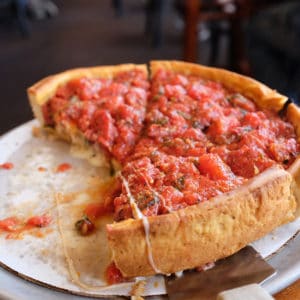