Here’s what you might not know about St. George’s Day:

Take a close look at the English flag. That red cross over a white background has meaning. It’s actually St. George’s Cross — a symbol so closely intertwined with English national identity that St. George has his own national holiday.

The legend of Saint George and the Dragon describes the saint taming and slaying a dragon that demanded human sacrifices. We celebrate St. George’s Day on April 23 — the anniversary of his death in 303 AD.

The patron saint of England has captivated British imaginations since the Crusades and the Hundred Years’ War. Perhaps the most British of all holidays, this special day is a chance to let your English flag fly, literally and figuratively.

St. George’s Day is celebrated on April 23 every year.

Immerse yourself in the grand tale of the knight, St. George, and his unforgettable battle against a dragon. St. George is the patron saint of England and his symbol is a red cross over a white backdrop — the same red cross incorporated into the flag of England. His emblem was brought to England by Richard the Lionheart in the 12th century and was worn by the king’s soldiers in battles.

St. George was born in what is present-day Turkey. Following in his father’s steps, he became a soldier and quickly rose in the ranks of the Roman army, ending up as a personal guard to Emperor Diocletian. When the emperor ordered the persecution of Christians, St. George refused to follow his orders and participate in this. He was tortured and executed in 303 A.D. in Palestine, where he is now buried.

The story of St. George slaying a dragon is well-known. The town of Silene was captured by a dragon. The locals would offer a human sacrifice to the dragon every day. When St. George was visiting the town, a princess was chosen to be sacrificed. So he killed the dragon and saved the people of Silene. To express their gratitude, the locals converted to Christianity.

St. George’s Day celebrations were on par with Christmas once. But the excitement waned towards the end of the 18th century when England unified with Scotland on May 1, 1707. The holiday has gained traction in recent years, with campaigns and petitions to make the day a public holiday in England. St. George is also the patron saint of other countries like Greece, Portugal, Bulgaria, Ethiopia, and Russia. Apart from St. George’s Day, several other holidays are devoted to him, including April 23 and a few in November and December.

Death of a Saint

Saint George’s flag, the red-on-white cross, is used as the ensign of the Republic of Genoa likely as early as during the 10th century.

The declarations of the Province of Canterbury in 1415 and the Province of York in 1421 elevates the feast to a ‘double major’ and, as a result, work is prohibited and church attendance is mandatory on this day.

As Big as Christmas

St. George's Day becomes a major feast and national holiday in England in the same league as Christmas.

St. George's Days Around the World

Patron Saints are celebrated all over the world, and have their own dedicated holidays as well!

What is the meaning of St. George's Day?

St. George’s Day in England remembers St. George, England’s patron saint. Legend has it that he was a Roman soldier who slew a dragon and saved a princess.

What do you eat on St. George's Day?

St. George’s Day is not a bank holiday in England.

Why We Love St. George's Day 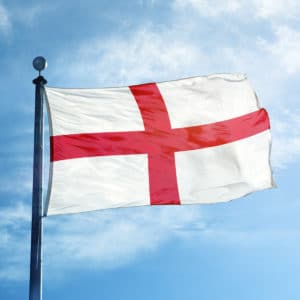 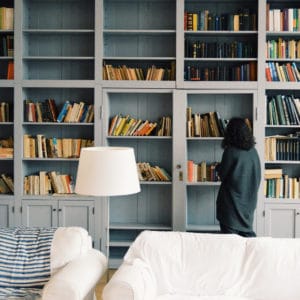