A quilt is a type of bed cover, traditionally composed of three layers of fiber, a woven cloth top, a layer of batting or wadding, and a woven back, combined using the technique of quilting. A quilt is distinguishable from other types of blankets because it is pieced together with several pieces of cloth.

National Quilting Day recognizes quiltmakers and their quilt-making abilities. The word ‘quilt’ comes from the Latin word ‘culcita,’ which means stuffed sack, it became adapted to the English language from the French word ‘cuilte.’

Quilting practices can be found in almost every area of the world and it is celebrated on the third Saturday in March every year. The National Quilting Association started National Quilting Day in 1991 and since then it has grown into a global celebration for all quilt lovers and makers.

Quilting refers to the technique of joining at least two fabric layers by stitches or ties. The quilting practice dates back as far as 3400 B.C. It was mainly a practical technique that provided physical protection and insulation. However, decorative elements were often also present and many quilts are now primarily art pieces.

In the United States, quiltmaking was common in the late 17th century and early years of the 18th century. In these times, only the wealthy had the time to practice quilting so it was done by only a few persons. Commercial blankets or woven coverlets were a more economical bed covering for most people unlike the colonial quilt bed covering which displayed the fine needlework of the maker, such as the Baltimore album quilts. Presently, quilting is now a popular hobby, with an estimated base of twenty-one million quilters.

The oldest example of a quilted piece is kept at the Saint Petersburg department of the Russian Academy of Sciences, Archaeology section. It is a linen carpet that was found in a Mongolian cave, between 100 B.C. and 200 A.D.

The origin of the quilting day can be traced to the Quilters Day Out, which was organized by the Kentucky Heritage Quilt Society in 1989 to celebrate the ancient tradition and its practice in the state of Kentucky. Two years later, this event became so popular that the National Quilting Association decided to declare an official holiday for quilting. From this day, the name changed from Quilters Day Out to National Quilting Day. Over the years, this event has attracted people to celebrate from all over the world and participate in helping to build and maintain the global heritage of quilting.

The first remnants of quilting were dated to 3400 B.C., showing that this art form had existed far into pre-history. They were traded extensively until sometime in the 12th century when these types of trade goods were returned from the Middle East by the Crusaders. Since then, it had become an integral part of the Colonial textile arts and one of the things they were well known for.

The Birth of Pieced and Applique Quilts

During American Colonial times, quilts are known to be predominantly whole cloth quilts. Later on, pieced and applique quilts begin to appear.

The Roots of Quilting Day

Quilters Day Out is first organized by the Kentucky Heritage Quilting Association in 1989, which later leads to the birth of National Quilting Day.

The Dawn of National Quilting Day

Commemoration of the Demise

The National Quilt Museum is honored to host a collection of quilts from the 9/11 Memorial and Museum for the commemoration of the 20th anniversary of the September 11 attacks.

National Quilting Day is celebrated on the third Saturday in March annually.

What month is National Quilting Month?

National Quilting Month is celebrated during the month of March.

What are the types of quilts?

How to Celebrate National Quilting Day

Why We Love National Quilting Day 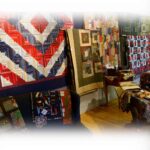 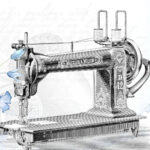