National Corned Beef Hash Day comes up every September 27, and we’re ecstatic to celebrate it the traditional way — with lots of tasty corned beef hash to share with our families and special friends! Due to limited fresh meat supply, corned beef hash became popular during World War II, as people invented creative recipes with vegetables, spices, and leftovers to ensure that food wasn’t wasted.

While Corned Beef Hash Day is an important food holiday paying homage to this special dish, which has somehow emerged as a common American staple, it actually means so much more. This day celebrates food conservation and preservation. Corned beef hash was a meal that grew popular during a time of ravaging food scarcity, and this day serves as a reminder to prevent food wastage and become creative with leftover food and some ingredients.

The exact origin of corned beef hash is quite unclear. Some historical sources claim that there’s a 14th-century English recipe for a particular dish called ‘hache’ or ‘hachy’ and that some 17th-century works of literature also mention ‘hash.’ It’s also believed that Jewish immigrants from northern Europe (Ashkenazi Jews) brought corned beef hash to the U.S. in the late 19th century, and since then, the recipes have become a common American staple.

Although the term ‘hash’ comes from the French word ‘hacher,’ which means ‘to chop,’ corned beef hash is known in different cultures by different names. Corned beef derives its name from the addition of grain-sized kernels of salt (‘corn’) to meat as a way to remove moisture and prevent the growth of bacteria. The name ‘hash’ was originally used to refer to dishes where leftover meat was just sliced, but not chopped. However, now, ‘hash’ consists mainly of chopped or diced meat, spices, onions, and potatoes.

Corned beef hash is not only ideal as a breakfast food but it can also be served at lunch or dinner with a salad or eggs. In the U.S., chefs are known for creating different variations of corned beef hash. Some restaurants serve hash and other similar dishes with baked beans, eggs, toast, and hollandaise sauce.

Hash Arrives in the U.S.

Ashkenazi Jewish immigrants from northern Europe bring corned beef hash with them to the U.S.

Corned beef hash is served at garrisons and field kitchens to troops during World War I.

Why is corned beef hash so bad for you?

While it’s a good source of protein, saturated fats, and nutrients such as iron, sodium, and vitamin B12, corned beef is also classified as a potential carcinogen. Consuming corned beef and other processed meat regularly may increase your risk of developing colorectal cancer by up to 18%.

Although history traces the advent of corned beef hash on American soil to the 19th-century Ashkenazi Jews, the classic American corned beef hash is credited to New England residents in the United States who saw the meal as a means to use up leftovers from dinner. Corned beef hash is also commonly served on St. Patrick’s Day, as well as around American Thanksgiving and Christmas.

Why do they call it corned beef hash?

Corned beef hash actually contains no corn. Rather, corned beef derives its name from the large grains or ‘corns’ of rock salt used to brine beef to eliminate moisture and prevent the growth of bacteria. 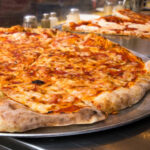