National Chocolate Milk Day is celebrated on September 27, and our childhood senses are tingling. While this beverage can be spotted in any lunchroom in the United States, it actually has Jamaican origins. That’s right — Jamaica gave us ginger beer AND chocolate milk. This chocolatey goodness can be traced back to the 1400s, and its popularity continues to increase. In fact, the global chocolate milk market is forecasted to grow at a rate of 3.6% between 2019 and 2024.

Would you believe us if we told you that chocolate milk is a magical and sacred drink?

The earliest known use of chocolate was by the Olmec around 1900 B.C., and they enjoyed it as a drink. It was drunk from special round jars known as ‘tecomates,’ which were symbols of status.

The Mayans subsequently worshipped a god of cocoa. According to ancient Mayan written records, chocolate drinks were served at gatherings like weddings and to conclude other important events. They also prepared cacao drinks as offerings to their gods.

Chocolate drinks continued to be medicinal and magical throughout history. In 1687, Irish botanist Hans Sloane was appointed as a physician to the Duke of Albemarle in Jamaica. While in Jamaica, Sloane was introduced to Jamaican chocolate water. He found the drinks to be too bitter and added milk for taste. He realized that chocolate milk tasted good and was also very healthy due to the calcium and protein.

Because of his position, Sloane was allowed to bring the drink mixture back to Europe. He began preaching of the medicinal benefits and selling it to apothecaries.

In 1828, a company in Amsterdam, Van Houten, invented a method for pressing cocoa. This produced a light, fluffy chocolate powder that could be easily dissolved in water or milk. This made chocolate milk even more popular because it was so easy to make.

U.S. brands caught on in the early 1900s with introductions such as Ovaltine in 1904. Chocolate milk’s popularity continued to increase, and now it’s one of the most popular beverages in the world.

The Olmec, one of the earliest civilizations in Latin America, turns the cacao plant into chocolate.

Jamaicans make “a hot beverage brewed from shavings of freshly harvested cacao, boiled with water and cinnamon,” according to historian James Delbourgo.

While in Jamaica, Irish physician Hans Sloane adds milk to the ‘chocolate water’ to make it taste better, and he brings his discovery back to England.

The Van Houten company in Amsterdam invents the cocoa pressing method to produce a light, fluffy chocolate powder that can be easily dissolved in water or milk.

Most large chains sell chocolate milk as a kids’ menu item. If you don’t see it listed, just ask your server. You can also get chocolate milk at fast-food restaurants like McDonald’s, or you can purchase it at the grocery store.

How do you make dairy-free chocolate milk?

Select non-dairy milk of your choice like almond, coconut, soy, etc., and combine it with unsweetened cocoa powder. You can add sweeteners like maple syrup or dairy-free chocolate chips and flavors like vanilla. Combine the ingredients and mix.

How do you make chocolate milk from scratch?

If you want chocolate milk made completely from scratch, you need to make cocoa powder from scratch. Start by grinding cacao beans into a powder. You will add this to your milk with any extra ingredients you may enjoy. If you’re an overachiever, you can even visit a farm to get fresh-squeezed milk. 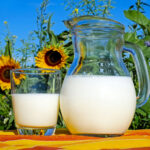 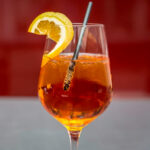