Save Your Photos Day is celebrated on the last Saturday of September every year, falling on September 24 this year. This was an initiative by the Save Your Photos Alliance, conceptualized by The Association of Personal Photo Organizers. Photos help us preserve our precious memories and look back at them but very often, we forget to preserve the photos themselves. Photos can get misplaced, deleted, or damaged at any moment. They do not last forever if left without any care. Save Your Photos Day aims to remind us just how essential preserving our photos is because that’s all that gets left behind as time goes by.

History of Save Your Photos Day

The word Photography was first used in the 1830s. It was derived from the Greek words ‘photos’ meaning ‘light’ and ‘graphein’ meaning ‘to draw’ and supposedly coined by the British scientist Sir John Herschel.

Before the digital camera existed, there were earlier forms of photography that created images by playing with light and focusing it on specific objects that needed to be captured.
Heliography was the first type of photography, discovered by Joseph Nicéphore Niépce in 1816. It involved using plates coated with bitumen and putting them inside an older prototype of the camera called a Camera Obscura. The plates were then exposed to sunlight for a significant period and the exposed parts became hard. The other parts of the plate were washed off. Imprints were thus made at first using sunlight.

The daguerreotype was another form of photography developed in 1837. It was named after Louis Jacques Mande Daguerre. It didn’t create any negatives and used copper plates. The plate was exposed to a picture and sunlight for some time and then solidified with heated mercury fumes. After this, the plate would be washed using saltwater and the reversed photo would form. The daguerreotype was the first type of photography to have become popular in America.

There were other different types of photography like Calotype, Cyanotype, Ambrotype that were discovered at later stages. In 1935, Kodak introduced the color film Kodachrome. There were various processes involved in this, each using different colors of dyes like cyan, magenta, and yellow. Kodak was responsible for a lot of big inventions in the field of photography during this time. In 1975, Steve Sasson, who used to work at Kodak, was behind the invention of the world’s first digital camera.

Save Your Photos Day timeline

It is the first type of photography that forms images using sunlight and a camera prototype called the Camera Obscura.

The Word Photography is First Used

Derived from Greek, the word is allegedly coined by the British scientist Sir John Herschel.

Is a more advanced type of photography than its predecessor quickly gains popularity.

Marks the birth of a new era in photography with the use of colors from different kinds of dye in film.

The First Digital Camera is Invented

Save Your Photos Day FAQs

What is the best way to store photos?

Photos can be stored on an external hard drive or even on a cloud storage service like Dropbox, Drive, and Microsoft OneDrive.


Does iPhone Backup save photos?

Yes, iTunes sync creates backup files for everything on your iPhone gallery as long as they were taken using the phone camera.

How To Celebrate Save Your Photos Day

Why We Celebrate Save Your Photos Day

Save Your Photos Day dates

Save Your Photos Day related holidays 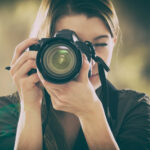 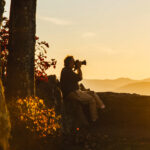