World’s Biggest Coffee Morning, celebrated on September 30 this year, is a day to not only enjoy one of the world’s favourite beverages but also make a difference by helping raise money for people facing cancer. Globally, cancer is the second-leading cause of death with 9.6 million people dying every year. However, around 3.7 million lives could be saved each year through early detection, prevention and treatment.

World’s Biggest Coffee Morning started in 1991 when over 200,000 people took part across the UK. Now, the event raises over 25 million dollars towards Macmillan’s Cancer Support.

Founded in 1911 by Douglas Macmillan, Macmillan’s Cancer support has grown to the UK’s leading source of cancer aid. Douglas founded the organization after witnessing his father die of cancer and wanting to help other people going through the same difficulties.

Macmillan founded the Society for the Prevention and Relief of Cancer intending to provide advice and information to all people suffering from cancer along with homes for patients at low or no cost. After creating the foundation, the now National Society for Cancer Relief became one of the first to recognize the financial cost of cancer in 1925.

The charity focused on giving grants for medical fees, nursing care, clothing, artificial limbs and hot water bottles. In 1969, after dedicating most of his life to cancer support, Douglas Macmillan passed away from cancer. Today, much of Douglas’ legacy lives on with decades of research and aid offered throughout history.

The first-ever Coffee Morning happened way back in 1991. It was a rather small affair with a simple idea. Guests would gather over coffee and donate the cost of their cuppa to Macmillan in the process. Since then, the World’s Biggest Coffee Morning has come a long way. It is now the largest and longest-standing fundraising event of its kind in the UK.

Delivering supplies to the needy

Douglas Macmillan, who founded Society for the Prevention and Relief of Cancer, dies of cancer.

Douglas Macmillan Hospice, or 'Dougie Mac', as it is known to locals, opens, offering care free of charge for adults with a palliative or end of life diagnosis.

A small but noble cause

What day is Macmillan Coffee Morning?

The official date for Coffee Morning is on Friday, September 30 this year, but you can hold yours whenever you like. Small or big, tea or coffee, socially distanced or virtual – Coffee Morning is what you make it.

How can I host a virtual coffee morning?

Hosting your virtual coffee morning is super easy! Simply register to receive the hosting kit. Decide on the platform you’ll be using whether it Skype, Facetime, Google Hangouts, Zoom, or other video chatting systems and either collect donations yourself and send them to the Macmillan charity or have the guests donate themselves.

How much does Macmillan Coffee Morning raise?

Starting as a rather small affair with a simple idea, guests would gather over coffee and donate the cost of their cuppa to Macmillan in the process. Since then, Coffee Morning has raised over £275 million for Macmillan. 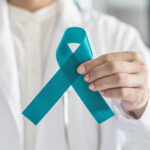 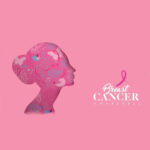