At National Today, we are preparing our favorite snacks and reserving coveted spots for storytelling events this National Tell A Story Day on April 27. Stories have the undeniable quality of transporting us to another time and place as we sit snug in our seats. Stories are also great bonding material since people create memories as they immerse themselves in the storytelling activity. Whether they happened in real life or are a product of our imagination, stories form an interesting part of human society. In the old days, they were used as history recording tools as well as entertainment. From “Aesop’s Fables” and ancient Egypt’s hieroglyphics to modern-day Harry Potter, storytelling is no different today with the advent of shows, books, poetry, etc.

National Tell A Story Day was first celebrated in 2009 by George Rafeedie, a businessman who runs a creative marketing agency called Tell Your Story, Inc. Rafeedie’s business relies on promoting and marketing a brand through storytelling techniques. By creating a story with the product as the main character, the product is central to the plot and is viewed as important in continuing the storyline. Storytelling, at its most basic form, thus, contributes to highlighting certain themes, be it for moral purposes and/or entertainment.

The storytelling art is an ancient practice that has been used by humans for thousands of years now. “Aesop’s Fables” is one of the most well-known stories even today. Started somewhere in 500 B.C., “Aesop’s Fables” were passed down orally. Centuries later, they were also printed onto paper and now can be found even on the internet! Going further back to 30,000 B.C., people also used pigments to paint stories on cave walls, and one prominent example is the Chauvet Cave paintings. These portray hunting rituals and so forth. Another instance includes Greek and Roman mythology from 1000 B.C. where stories were either visually represented through paintings on walls, vases, ceramics, etc., or told verbally.

In modern times, print and digital media have seen quite significant progress in storytelling techniques. Cameras, both the professional ones and the ones on mobile phones, have allowed unique stories to come forward, from depicting the horrendous effects of war to joyous events like the first rainfall. On the other hand, digital media tools like TVs and the internet have become spaces for professional and non-professional storytellers to relay their ideas to the world.

The "Epic of Gilgamesh" is printed on city walls of Uruk so that the coming generations will come to know about it.

The First Photograph for Storytelling

The first photograph for visual storytelling purposes is taken and printed — it take almost another 40 years for colored photographs to come into existence.

The first network TV is invented and made available to the public to watch the news, shows, and movies.

Virtual reality, used by gamers, is invented as a physical device to be worn for a self-guided story in a game.

Why is story telling so important?

According to International House World Organisation: “Storytelling brings language learning alive and creates a participatory and immersive experience that allows Young Learners to enjoy hearing the language in a dynamic, sometimes stylistic and entertaining way. Participation using key vocabulary and phrases can create an awareness of rhythm and structure.”

According to Yoast, “Storytelling is about telling stories. It is about using stories to engage your audience, or to make something more clear. Photos, pictures and film of course really help to tell a good story too. Stories have always been a way to communicate. Before people learned how to write, they would tell each other stories.”

Why is storytelling so powerful?

Harvard Business Publishing states that, “Telling stories is one of the most powerful means that leaders have to influence, teach, and inspire. What makes storytelling so effective for learning? For starters, storytelling forges connections among people, and between people and ideas. Stories convey the culture, history, and values that unite people.”

5 Facts About Aesop That Will Blow Your Mind

Why We Love National Tell A Story Day 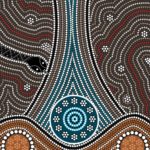