Books are the purest form of escapism.  They can take you to any time, place, or culture.  In honor of National Book Lovers Day August 9, we put away our smartphones, pull out a good book and simply read. (Well, an audiobook will suffice too.) From clay tablets  to today’s eBooks, literature has played a crucial role in preserving cultures, educating the masses, and storytelling. Thanks to Johannes Gutenberg’s 15th-century printing press, anyone, not just royalty, monks or landed gentry, could read and own books.  But, alas, there was no overnight shipping. Today,  join a book club or re-read a favorite novel because National Book Lovers Day rocks!

When is National Book Lovers Day 2022?

Book Lovers Day appreciates the medium that has withstood and preserved its importance in time — literature. Our love for books knows no bounds — someday we’ll write a book on it.

The modern book is made by binding paper, but before the invention of paper, books came in the form of tablets, scrolls, and engravings. Every civilization had its own way to document events. Some time in 3500 B.C., the Mesopotamians would make markings on clay tablets using a pointed device, made from the stem of the reed plant, called the calamus. These writings on the moist clay were called ‘cuneiform.’ Approximately 20,000 of these tablets were discovered in modern-day Iraq.

Paper was invented in China in the 1st century A.D. By experimenting with various materials such as hemp, fishnets, and the mulberry plant, Ts’ai Lun invented the first paper. With time, printing on woodblocks also became the go-to way of reproducing books in China. The ancient scrolls dating back to the 4th century B.C. are considered the first ‘books,’ but by today’s definition, the oldest surviving compiled book is “The Diamond Sutra” which was published in China on May 11, 868.

Hardback books ruled the market at the start of the 20th century, with a certain prestige associated with the hard bindings of books. But from 1937 onwards, paperbacks rose in popularity, paving the way for digests, pulp fiction, and pocket-friendly books.

Advancement in computers and technology led to the digitization of books, with the first book sold in CD format in the 1980s, “The New Grolier Electronic Encyclopedia.”

Iconic Left Bank bookstore Shakespeare and Company publishes James Joyce's masterpiece when no one else would give it a chance.

"America I’ve given you all and now I’m nothing..."

Poet Allen Ginsberg's book "Howl" is so controversial that Lawrence Ferlinghetti, owner and publisher of City Lights in San Francisco, winds up busted for obscenity.

At the height of her popularity, Oprah Winfrey names “The Deep End of the Ocean” by Jacquelyn Mitchard as the first offering in her book club.

Books, books, and more books! Traditions for the day are all about books! Some of the many traditions of National Book Lovers Day include taking advantage of the great discounts on paperbacks, having a book haul, starting a new book, reading a new genre, donating books, encouraging others to read, and reading a book adaption of a movie you like.

80 million – the number of active users on the popular book site Goodreads.

6 – the number of books by Dr. Seuss that rank among the top 20 bestselling children’s books of all time.

Is there a National Book Day?

What month is National Book Month?

National Book Month is held each October. The month-long celebration focuses on the importance of reading, writing, and literature.

How do you celebrate Book Lovers Day?

Some ways to celebrate Book Lovers Day include starting a book club, supporting a local indie author, recommending books to others, and even starting to write your own book!

When is National Book Lovers Day 2021?

National Book Lovers Day 2021 will be observed on the 9th of August.

5 Things Every Bibliophile Agrees With! 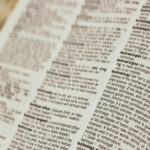 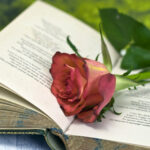 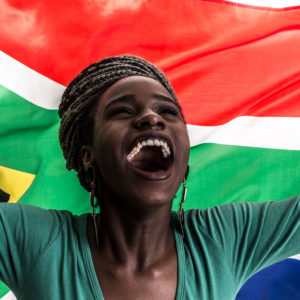