All we can think of is a bowl of some good old rice pudding this National Rice Pudding Day taking place on August 9. For many of us, starting from our childhood to our adulthood, rice pudding has been a staple in our diets. Made with a base of rice cooked in milk and sweetened with sugar, syrup, or honey, rice pudding can be found in many cultures and cuisines all over the world. Of course, each region has its own unique take on the dish. Some add nuts and spices like nutmeg, cinnamon, or cardamom to it, while others throw in a dash of wine to give it that wow factor. For a more fragrant look and feel, many people in the Middle East also add pistachio slivers and rose petals before serving it. You can have it hot or cold, and as a breakfast dish or a dessert after dinner. So, how are you having your rice pudding on August 9?

National Rice Pudding Day celebrates the ancient rice pudding dish in all its glory and greatness. While we may know the sweet version of the dish today, did you know that it actually started out as a savory treat? It is difficult to pinpoint the exact location and time of the creation of rice pudding, but many scholars believe it may have originated in either ancient China or in ancient India. Both these countries have a long history of including rice as well as sugar in their religious and cultural activities, so it only makes sense that the combination of the two may have been included in their cuisines as well. ‘Kheer,’ which is Hindi for rice pudding, was first recorded in ancient India in 6000 B.C., and it was included as a staple in a prescribed Ayurvedic diet regime. It is also interesting to note that the early versions of the Indian rice pudding did not actually include rice or sugar. In place of rice, Indians made use of the cereal grain known as sorghum.

Elsewhere in the world, rice pudding was being made with rice. The grain had reached Europe through exports delivered by water or the Silk Road in the 1300s. Because it was being exported from Asia and was not being grown in Europe, rice automatically became extremely expensive. Thus, rice pudding could only be enjoyed by the elite and royalty of European countries. Before the 1500s, rice pudding was savory in nature. It was made with rice being boiled in a broth with saffron and almond milk. Chefs started including sugar into the dish to make it sweet, and soon a sweetened rice pudding started gaining popularity. It was in the eighteenth century that rice pudding became more commonplace and less expensive, all thanks to globalization. The lowered rice prices meant the grain was in easier reach of the masses, and in today’s world, it is considered to be a cheap, but filling meal.

Forme of Cury in England

Rice pudding, known as Forme of Cury or rice pottage, is made with rice, almond milk, and saffron in English Royal kitchens.

Some of the modern-age rice pudding recipes come from the Tudor time period, and are called ‘whitepot.’

Rice grains become cheaper, allowing access to the public who can now enjoy rice pudding treats, unlike their predecessors.

Is rice pudding good or bad for you?

Rice pudding is made with simple ingredients: rice, sugar, and milk. Depending on the recipe, it can include nutritional sources like calcium and protein.

What rice is used for rice pudding?

The special rice that is used to make rice pudding can be sticky rice or any rice that can easily be broken in the cooking process. The ideal rice type for rice pudding includes grains that are short, round, and break down to form a creamy texture.

Why is my rice pudding not creamy?

If your rice pudding is not creamy, you can try adding a little milk to the mixture. Once the mixture cools down, it will likely get creamier and thicker.

5 Facts About Rice That Will Blow Your Mind 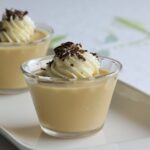