National Housewife Day is held on November 3 to recognize the millions of hardworking caretakers of the home. The day honors the mostly unseen contribution of the stay-at-home moms who take care of the children — keeping them clean, safe and well-behaved — and the home, with its hundreds of unnoticed, repetitive little tasks. It is a 24-hour, 7 days a week, constant job that sometimes does not get the recognition it deserves. This day honors women — and their husbands — for making a choice not always celebrated by modern society.

The origin of National Housewife day is unclear. The day is used to celebrate women with the courage to take on a nonsalaried role which has no leave and occurs mostly unseen. The term ‘housewife’ is an old term originating from the days when most households were carried by one income. The father provided financially, while the mother stayed home to manage the house and kids. The definition of housewifely tasks isn’t easy since there are several duties for which they are responsible, and they vary from household to household. These duties include; being the planner, organizer, and manager of the house, all of which involve cooking, cleaning, and caring for the children.

Housewives have always existed since man started having nuclear families. In the 19th century, more and more women in industrialized countries began to do paid work in various industries outside the home. During this period, being a housewife was only realistic in middle-class and upper-class families. In the twentieth century, some families had the luxury of having only one partner go out to work to take care of the entire family’s needs. Even more families made the difficult decision to have only one income so that the wife could care for the children and home. Many people see being a housewife as a sort of easy way out, when it is anything but. Now, more people realize that being a housewife is a task of which the value cannot be quantified. This has led to husbands often sharing the load of the housework in the current generation, which was not the norm in previous generations.

The National Housewives Day was created to foster this understanding and increase appreciation for these ‘Super Women’ for all they do. The aim of the day is to give Mom a break and appreciate the job she does.

Up until the 1970s, married women and mothers are not allowed to work, except during times of war and trouble.

A U.S. stamp is issued honoring homemakers for the 50th anniversary of the Smith-Lever Act, of 1914, which focused on home economics.

The TV show begins to air and has a great impact on the image of housewives, showing an adventurous, mysterious side to the job.

What National Day is on November 3?

What is National Homemaker Day?

National Homemaker Day is the other name for National Housewife Day, which is on November 3.

What national days are on November 3?

There are several national days on November 3, such as National Sandwich Day and National Stress Awareness Day.

How To Celebrate National Housewife Day

5 Facts About Housewives That Will Amaze You

Why We Love National Housewife Day 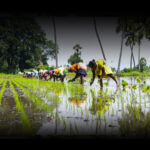