National Oatmeal Nut Waffles Day is celebrated every year on March 11. These delicious waffles are made with whole grain oats and chopped nuts mixed in a waffle recipe. A much healthier start to your morning if you love waffles. Read on to find out more about this mouth-watering dish.

It is believed that the Pilgrims introduced waffles to America. Before that, waffles have been thought to have originated in Europe during the Middle Ages. It’s said they date all the way back to Ancient Greece. They called their waffles ‘obleios,’ or wafers, and they were cooked between two hot metal plates. They were even flavored with cheese and herbs. Now for centuries, people have been enjoying waffles laden with butter made in waffle irons that give them their iconic shape.

The original waffle recipe included only flour and water; hence many vendors sold waffles on streets during fasting seasons. Eventually, the recipe saw the inclusion of eggs, butter, milk, and honey.

Waffles make a great breakfast item, and what better than mixing it with another breakfast favorite — oatmeal? Yes, you heard that right. Imagine the fine blend of waffle and oatmeal that would be an absolute delight to your taste buds. The conventional flavors of oatmeal cookies can be transferred to oatmeal nut waffles. Oatmeal is super healthy for your body too, it has low fat and helps reduce cholesterol. However, make sure that you don’t add too many toppings that can counteract the healthiness of the oatmeal waffle.

Oatmeal nut waffles are made by mixing quick-cooking oats along with different types of nuts to the regular batter of flour, eggs, and butter. You can add healthy toppings of your choice, like fruits, to it.

You can join in the fun on this day and incorporate oatmeal nut waffles into your diet.

First Usage of the Word

The first use of the word ‘waffle’ is recorded.

After watching his wife use the waffle iron, Bill Bowerman gets inspired to use the honeycomb shape of the waffle for Nike shoes’ soles.

Eight feet and 100 pounds of pure waffles set the world record for the world’s largest waffle.

What can I put on my waffles instead of syrup?

Can waffles be healthy?

Waffles are super tasty; however, they aren’t exactly the healthiest meal out there. This is because they are made with ingredients such as flour, butter, sugar, etc. However, in recent times there are plenty of healthy options arising by using alternative ingredients.

What is the difference between a Belgian waffle and a regular waffle?

There is one stark difference between Belgian and American waffles, no matter what the recipe is. The former has deeper pockets than American-style waffles. This allows for greater holding for pools of syrup, and they are also lighter and crispier. 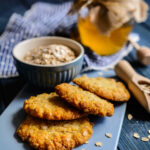 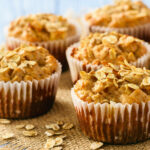 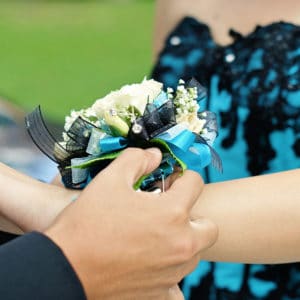