The National Cherry Blossom Festival is an annual celebration held in Washington, D.C. every mid-March to mid-April and this year it will be marked from March 20 to April 16. The dates are set to coincide with when cherry blossom trees are in full bloom. Did you know these trees were a gift from then Tokyo Mayor Yukio Ozaki to the city of Washington, D.C.? Yes, the trees symbolize the growing friendship between the U.S. and Japan. So, be a part of this festival and enjoy one of the most beautiful sights in Washington, D.C.!

The National Cherry Blossom Festival is organized by the National Cherry Blossom Festival Inc., an umbrella organization consisting of representatives from the business, civic, and government sectors. The three-week festival begins around the middle of March with the opening ceremony taking place at the Warner Theatre. The cherry blossom trees are located in three National Park Service locations: around the Tidal basin in West Potomac Park, in East Potomac Park, and within an area where the Washington Monument stands.

The first cherry blossom festival was held in late 1934 under the joint sponsorship of numerous civic groups. It was only in 1935 that the festival became a national annual event. In 1937, the Garden Club of America commemorated the twenty-fifth anniversary of the gifting of cherry blossom trees (which took place in March 1912) by gifting 5,000 flowering trees and plants to Japan. Initially, the festival would last only for a number of days but in 1994, organizers of the event extended it to two weeks. This was done to accommodate the event’s myriad activities which include, among other things, the releasing of helium balloons, performances by marching bands that come from different parts of the U.S, and other musical events.

The Birth of an Idea

Eliza Scidmore, a travel writer and photographer, approaches U.S. government officials with the idea to plant cherry trees along the Potomac River.

The Experiment is a Success

he Gift of Trees]
The mayor of Tokyo gifts 3,000 cherry blossom trees to the city of Washington, D.C.

When is the best time to see these cherry blossoms?

There’s no bad time to see the blossoms! But visitors should be prepared for bigger crowds on weekends, and when the trees reach their peak blooming period.

Who takes care of these trees?

The task of caring for the cherry trees has been entrusted to the members of the Tree Crew for National Capital Parks-Central.

Are visitors required to buy tickets to the festival?

Although many of the events are free and open to the public, there are a few events that require visitors to purchase a ticket. You can browse the events page for listings and see which events have admission fees. 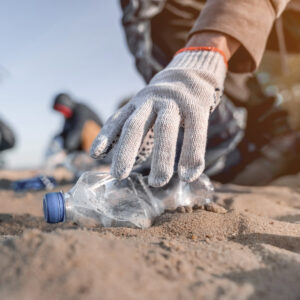