Miniature Golf Day is celebrated worldwide on September 21, not to be confused with National Miniature Golf Day celebrated on the second Saturday in May, in the United States. Miniature golf can be traced back to the 19th century. It was originally created in Victorian Scotland to allow women to play golf because, at the time, it was considered unladylike for women to raise a golf club above their shoulder level — this basically meant that regular golf was not an option. Now, miniature golf is played worldwide by women, men, and children.

Though the origins of Miniature Golf Day are not completely known, the origin of miniature golf itself is. Many great ideas came from a lack of inclusion, and mini-golf is no exception.

Before feminism movements took the world by storm, it was deemed “unladylike” for women to participate in many physical activities or sporting activities like golf. In Victorian Scotland, women were not allowed to raise golf clubs above their heads, which took golf off the table. Instead of sulking or giving up on golf, the Ladies’ Putting Club of St. Andrews created a smaller version of the game in 1867. Take that, men!

Up until the late 19th century, very few people outside of Europe had heard of miniature golf, not to mention played it. It was then brought to the United States, after which its popularity skyrocketed.

Although popular in the U.S., miniature golf was originally only available at hotels or lavish private resorts. Games weren’t exactly accessible to the general public. Again, due to the lack of inclusion, a great idea was born. In 1916, a man named James Barber from North Carolina established the first classic miniature golf course, called Thistle Dhu. By the early 1930s, the game of mini golf had grown to become a favored pastime across America.

While still played with a series of nine or 18 holes, miniature golf courses are shorter, usually themed, and have a variety of obstacles that add to the difficulty of the game. Because of a group of brave Scottish women and a North Carolina man, miniature golf is accessible to the general public, and it is played all over the world by people of all ages and denominations.

The Ladies’ Putting Club of St. Andrews creates the game of miniature golf.

Beginning in 1958, Putt-Putt gains ownership of several federal trademark registrations to own the name ‘Putt-Putt.’

Where should I celebrate?

You can celebrate at any of your local miniature golf courses, or you can take it up a step by going to a driving range.

When is Miniature Golf Day?

What if I don’t know how to play golf?

That’s the best part of miniature golf; you don’t need any skill! You just try to get the golf ball in the hole.

How to Celebrate Miniature Golf Day

5 Facts About Golf That Will Blow Your Mind

Why We Love Miniature Golf Day 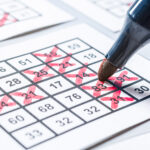