Time to phone your friends and get the old pigskin out, because November 5 is American Football Day. Sure, they could have just called it Football Day, but if we want the rest of the world to join in on the festivities, we should probably be more specific. American Football Day celebrates the U.S.A’s most popular sport and reminds us all that it’s mid-season and we should probably check on our fantasy teams. To know more on how enthusiastic America is about football check out top football journalist stories. How will you be celebrating this great American pastime?

Rugby and soccer both paved the way for American football in the late 1800s. Yale grad Walter Camp gets the credit for pushing innovative rule changes including the line of scrimmage, down-and-distance rules (i.e. “1st and 10”), and the legalization of blocking. Later, coaches like Knute Rockne and Amos Alonzo Stagg capitalized on the new “forward pass” play. College football took off well before the pro version in the early 1900s as Bowl games attracted a national audience for college teams. The NCAA version remains immensely popular today — with media coverage easily rivaling that of the NFL.

The pre-NFL American Professional Football Association began in 1920. Things grew quickly on the pro side. The NFL had grown to 25 teams by the mid 20s, and although the rival AFL folded after one season, it marked a growing interest in the game. Several college stars joined the NFL, most notably the University of Illinois’ Red Grange.

More teams entered the league during the 1950s and the 1958 NFL Championship Game, known as “The Greatest Game Ever Played,” changed everything. The Baltimore Colts and the New York Giants, meeting at Yankee Stadium,  played the first “sudden death” overtime game in NFL history. Tied after 60 minutes of play, it became the first NFL game to go into sudden death overtime. The final score was Colts 23, Giants 17. The game has since become widely known as “The Greatest Game Ever Played”. NBC broadcast the game live; many believe this set the stage for America’s current NFL frenzy.

Today there are 32 NFL teams split evenly between the NFC and the AFC. Conference winners meet to determine the league champion in the Super Bowl — generally held in early February. A postseason Bowl playoff system now generates the collegiate “national champion” as well.

The NFL Is Born

The APFL is officially renamed to NFL

The estimated worth of the Dallas Cowboys — football’s most valuable team.

Why is football important to American culture?

Football’s far from perfect — especially when it comes to players’ health and safety — but the sport remains extremely popular in the U.S. Football dominates sports media coverage from post-Labor Day September to February’s Super Bowl.

Almost. “For nearly 100 years, the NFL has been part of the fabric of America, unifying communities and bringing fans together to support their favorite teams and players,” says NFL Commissioner Roger Goodell. “We have the greatest fans in the world.

Which current NFL teams have never played in a Super Bowl?

The Browns, Lions, Jaguars, and Texans have never appeared in a Super Bowl.

Why We Love American Football Day 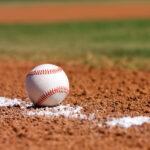