International Day Against Police Brutality (I.D.A.P.B.) is a global observance observed every year on March 15 and is a focal day of solidarity against police brutality. The first observation of the day began in 1997. Police brutality refers to the wanton use of excessive force by a police officer. It is one of the most prevalent forms of police misconduct and violence. Police brutality is widespread in many countries, and activists have been working tirelessly in demanding reforms in police conduct. Rallies and awareness programs are also organized to observe the day.

Every year on March 15 since 1997, activists from around the world call for protests and strict actions against police brutality. For years, anarchists called for action in Belarus on this day, but until recently, the date did not attract much attention. March 15 also marks the anniversary of the harsh detention of anarchists in a Minsk trolleybus in Belarus. Activists, anarchists, and the common public strongly condemned the police’s action.

The violence of authorities, especially the police, destroys local communities and creates tension among the public. International Day Against Police Brutality highlights human rights violations in imprisonment, beatings, and torture — something that is all too common in police procedures! Today, many of us are afraid of the police and try to avoid situations where we might have to visit the police station. And while violence against political activists might have reduced to some extent compared to the 20th century, violence against ordinary people is increasing, either due to indifference or a lack of solidarity.

But how do we oppose police violence? There are countless ways to fight against police brutality if people come together and oppose it. In addition to active self-defense, it is important to attract people’s attention to the problem. People use tools such as graffiti, leaflets, stickers, and any other medium of visual agitation. And also, of course, the dissemination of information about brutality (and the fight against it) on the internet.

The term is first used in Britain.

“The Chicago Tribune” reports the beating of a civilian under arrest at the Harrison Street Police Station.

The incident leads to extensive media coverage and criminal charges against several of the officers involved.

The U.S. Bureau of Justice Statistics releases data that shows that from 2003 to 2009, at least 4,813 people lost their lives to police brutality.

Is there a law on police brutality?

Every country deals differently with police brutality according to its legal system, but there are strict international laws that govern how and when police can use force. One of these is the U.N. Basic Principles on the Use of Force and Firearms by Law Enforcement Officials.

No! It will depend on the country, but anyone subjected to police brutality could sue the police officer or even the department for personal injury damages. Many cases of police brutality also involve civil rights violations under constitutional or federal laws.

What forces do police use?

The levels of force police use include basic verbal and physical restraint, less-lethal force, and lethal force. However, police officers should use only the necessary force to mitigate an incident, arrest someone, or protect themselves or others from harm.

How To Observe International Day Against Police Brutality

5 Facts About Police Brutality That Will Blow Your Mind

Why International Day Against Police Brutality is Important 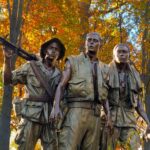 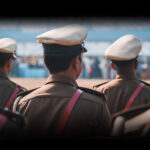