Buzzards Day is celebrated on March 15, and we’re here to tell you how you can celebrate the day in the best possible way. Do you know that it has been more than 64 years since it was noted that the buzzards returned from their migration to the south during winter at the same time every year? Buzzards Day was created to celebrate the return of these wonderful birds from migration every year. It is particularly popular in Ohio, as there is a local history associated with the buzzards.

In 1957, a patrolman for Cleveland Metroparks named Walter Nawalaniec informed Robert Bordner of the Cleveland Press and local historian, Miss Eunice Morton of Richfield, that he had observed that the buzzards returned each year after their migration on the same day every year. Though he knew that the buzzards returned at the same time, he was thrilled to note that they returned on the same calendar date every year. This was also true during a leap year.

That year, it was recorded that almost 9,000 visitors came to see the birds return from their expedition. Since then, every year, Ohio receives thousands of bird lovers who visit to witness the return of the buzzards and, thus, Buzzards Day was created. The Chamber of Commerce decided to welcome these birds in a special way. A traditional American breakfast of sausages and pancakes was made to welcome the birds and Spring’s coming. Since then, Buzzards Day has been celebrated by enjoying pancakes and sausages for breakfast.

Buzzards are marvelous species of birds that have qualities that are not found in other scavengers. For example, buzzards vocalize throughout the year. However, there is a slight difference between the word buzzards used in the U.S. and other countries. In the U.S., when someone says buzzards, they mean turkey vultures which are a part of New World vultures. In other parts of the world, buzzards are a part of the Old World Vultures. In North America, the term refers to hawks or buzzard hawks.

Vultures start appearing during the end of the glacial epoch.

Nawalaniec observes that the buzzards return from their migration on the exact date every year.

Buzzards Day is created to celebrate the return of buzzards and the coming of Spring.

Why did buzzards go to Hinckley, Ohio?

Buzzards went to Hinckley, Ohio, to feed on the dead animals killed during the Great Hunt of 1888.

What do buzzards mean spiritually?

Buzzards are symbolic of defense and protection. It is said that if a buzzard flies into your life, it is a warning to protect your loved ones. Many regard buzzards as their spirit animal that teaches them to overcome challenges in life.

No. There have been no reports of buzzards attacking humans. Though carnivorous in nature, buzzards eat animals that are dead and do not hunt for themselves. Some vultures spew vomit as a defense mechanism when they feel threatened.

Why We Love Buzzards Day 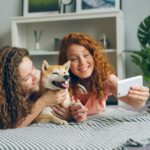