Beware the Ides of March, or at least, be aware of when “the Ides” even takes place (March 15). The word “Ides” is derived from the Latin word “idus,” which refers to the middle day of any month in the ancient Roman calendar. The Ides are specifically the fifteenth day of the months of March, May, July, or October, and the thirteenth day of the remaining months. The Ides were the designated days for settling debt each month in the Roman empire and generally included the seven days preceding the Ides for this purpose. No doubt debtors who could not pay their debts considered the Ides to be unlucky days as they were typically thrown into prison or forced into slavery.

As the word ‘ides’ refers to the middle of the month, the Ides of March is on March 15. Contrary to popular superstitious belief surrounding its origins, Ides simply marks the first day of the full moon in every month, typically falling between the 13th and 15th.

History of Ides of March

The unlucky pall over the Ides of March has a more portentous tie to ancient Rome. Roman Emperor Julius Caesar was famously unlucky on the Ides of March in 44 B.C. when he was assassinated by his senators, fearing their ruler was becoming a dictator.

Much of what we commonly believe to be true about the demise of the unlucky emperor on that fateful Ides of March is based more on Shakespeare’s play than historical evidence, according to author Barry Strauss. His book “The Death of Caesar” dismantles the half-truths about the ruler’s tragic end on the Ides of March in 44 B.C. Here are three myths he calls out about the Ides of March killing of Emperor Julius Caesar:

Myth #1:
Julius Caesar was admonished to “Beware the Ides of March” by an unknown Soothsayer.
False: The omen was actually “Beware the next 30 days” and was prophesied on February 15, 44 B.C. by an Etruscan Soothsayer named Spurinna.

Myth #2:
Brutus was Caesar’s best friend and led the assassination plot.
False: There were in fact three conspirators: Brutus, Cassius, and Decimus. Decimus was known to be most trusted by Caesar and is considered to have been the leader of the murder conspiracy.

Myth #3:
Caesar nobly uttered “Et tu, Brute” (you too, Brutus) with his dying breath.
False: Caesar singling out Brutus as he lay dying was an invention of the Renaissance movement. The emperor was a trained soldier who fought for his life, tried to escape the ambush, and never uttered these words.

Julius Caesar is assassinated by conspirators

‘Beware the Ides of March’

William Shakespeare’s play, “Julius Caesar”, containing the popular phrase ‘Beware the Ides of March’ is performed for the first time.

Nazi troops attack and seize the provinces of Czechoslovakia.

A “The Simpsons” episode heavily references the Ides of March.

Ides of Marchs Around the World

William Shakespeare may have penned ‘Beware The Ides Of March,’ but here are some holidays that are celebrated just fine around the world on this day!

Historically, this day was originally the date on which Romans settled their debts. Other ancient traditions on this day included the slaughter of a sheep, the ‘Ides sheep’, by Jupiter’s high priest; the feats of Anna Perenna, the goddess of the year, to celebrate the first full moon of the year with drinking, picnics, and lively festivities; and in the ‘holy week’ of festivals during the Imperial Period, which celebrated the goddess Cybele and the god Attis.

15 – the date on which the Ides fall in the months of March, May, July, and October.

2003 – the year in which actress Thora Hird died on the Ides of March.

1970 – the year the song ‘Vehicle’ was released by rock band The Ides Of March.

60 – the number of senators present at the time of Caesar’s assassination.

23 – the number of stab wounds on Julius Caesar.

1971 – the year in which the “Ed Sullivan Show” was cancelled on Ides Of March.

When is the Ides of March?

The Ides of March is March 15 on the American calendar.

Is the Ides of March an unlucky day?

The Ides of March was unlucky for Roman Emperor Julius Caesar. He was betrayed, ambushed, and assassinated by his senate on the Ides of March in 44 B.C., leaving an unlucky stigma attached to March 15 ever since.

Who is credited with saying “Beware the Ides of March?”

This cryptic warning is a line from English playwright and actor William Shakespeare’s tragedy “Julius Caesar.” This exact phrase was never uttered to the emperor in real life, although most people believe this to be true.

How to Observe Ides of March

5 Reasons We Don’t Mind The Ides Of March

Why Ides of March is Important 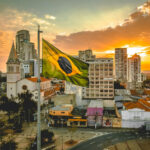 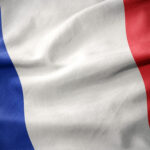 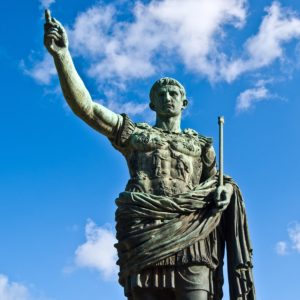