Sacré bleu! Celebrate the toppling of the long-standing French monarchy, symbolized by the storming of a fortress and political prison in Paris, on Bastille Day on July 14. Nearly a dozen countries around the world have organized events and parties to commemorate the day — do you know how you’re going to celebrate Bastille Day?

The annual international celebration of French freedom from tyranny occurs on Bastille Day on July 14.

In France, Bastille Day is commonly known as ‘Fête Nationale,’ or the National Celebration. However, the English-speaking world has taken to calling it Bastille Day to honor the moment in 1789 when a mob of French revolutionaries charged into Paris’ Bastille, a major point in the French Revolution. The first celebration can be traced back to July 14, 1790, exactly one year after the Bastille fell. Since then, it has continued to grow, and large parties are held all over the world.

Bastille Day marks the anniversary of the fall of the Bastille in Paris and, later, the monarchy on July 14, 1789. Originally constructed as a medieval fortress, the Bastille was eventually used as a state prison. Prisoners who were directly sent there under orders of the king would get no trial or right of appeal, at times including political prisoners who spoke against the rules and laws set by the ruling king. Detained citizens awaiting trial were also held at the Bastille. Despite plans to demolish the building in the late 18th century, the Bastille had come to represent the Bourbon monarchy and the harsh acts carried out by them.

During the unrest of 1789, on July 14, a mob approached the Bastille to demand the arms and ammunition stored there, and, when the forces guarding the structure resisted, the attackers captured the prison and released the seven prisoners held there. The taking of the Bastille signaled the beginning of the French Revolution, and it thus became a symbol of the end of the ancient monarchical régime.

The holiday is known as ‘Fête Nationale’ in France, and officially became a holiday in 1880. Right from the beginning, military parades, fireworks, speeches, and public displays were a part of the celebrations, reveling in the downfall of the stringent monarchical rule. The slogan “Vive le 14 juillet!” (“Long live the 14th of July!”) has continued to be associated with the day. Former French colonies and countries with friendly relations with France also started observing the holiday. French Polynesia, in particular, adopted the holiday into its own culture, with dancing, singing, and entertainment performances held throughout the month of July.

French revolutionaries storm the Bastille, in a victory both strategic and symbolic.

Fête de la Fédération takes place on the one year anniversary of the storming of the Bastille to celebrate French unity.

Bastille Day is voted to be a yearly national holiday in France.

The first Bastille Day Ball takes place and becomes an annual tradition from this year onwards.

Bastille Day Around the World

Almost every country celebrates a national holiday that marks a patriotic event in its history such as the country’s independence. Here are some similar holidays celebrated around the world.

Bastille Day is more than just a historical holiday, it is a celebration of French culture. Large-scale events take place all over the country and some other parts of the world, with meals, parties, and grand fireworks.

The annual military parade on the morning of July 14 is a patriotic display of French solidarity. The national flag of France is displayed everywhere and, while candy is not thrown during the parade, it does, in some aspects, resemble the American Fourth of July parades.

It wouldn’t be a French holiday without a completely lavish, delicious meal. In some areas of France, it is a tradition to have a picnic on Bastille Day, while in other regions, families enjoy an elaborate meal at their homes in the middle of the day. If not a picnic, these meals are enjoyed in gardens or backyards to enjoy the pleasant weather. The menu is generally lighter, with less cream and butter, and more fruits and vegetables.

Bastille Day By the Numbers

2 – the number of towers in the original construction of the Bastille.

75 – the height in feet of the original two towers.

8 – the number of towers after the building was turned into a rectangular fortress.

55 – the number of captives held at any given time by Cardinal Richelieu in the 17th century.

7 – the number of prisoners freed after the storming of the Bastille.

5 – the number of years aristocrat Marquis de Sade was jailed in the Bastille.

60 francs – the amount of money donated to families of the revolutionaries by Thomas Jefferson.

91 – the number of years it took for Bastille Day to become a national holiday.

3,501 – the number of soldiers in attendance at the 2015 Bastille Day military parade.

31 – the number of helicopters at the 2015 Bastille Day military parade.

What is Bastille Day and why is it celebrated?

Bastille Day is France’s biggest national holiday. It celebrates the event in history that triggered the French Revolution when a mob of Frenchmen arranged a prison break as an act of defiance towards their King.

Why do the French celebrate the 14th of July?

The French national day is called Bastille Day. The day is a symbol of the resilience and strength of the French that led to the French Revolution and is an essential part of French history.

What does ‘bastille’ mean in English?

Why We Love Bastille Day 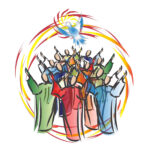