Shark Awareness Day on July 14 celebrates the wondrous sea creatures that have had a bad rep for quite a while now. When you think of the dangers of the sea, sharks definitely make it on the list because of the way they are depicted in movies and cartoons. However, Shark Awareness Day is not a day to cry foul at said innocent fish, but instead, it is a day of crying foul FOR them. The strong and extremely resilient predators are, in fact, more scared of humans than the other way around. There’s a bigger chance of being struck by lightning than being killed or attacked by a shark. From being killed because humans are scared of them to being harvested for their meat and fins, sharks have made it on the list of endangered species, which is bad news for them as well as the environment.

Shark Awareness Day appears to have its origins in the U.S., but the day’s goals of raising awareness in favor of said sea creatures are universal. Sharks, like fish, date so far back in history that many scientists refer to them as ‘living fossils.’ In fact, sharks are older than trees and dinosaurs, with the latter having roamed the earth only 230 million years ago. Sharks, on the other hand, have been on the planet for more than 420 million years now. They have also survived five mass extinctions. They belong to the cartilaginous group of fish because most of their skeleton is made up of cartilage except for their teeth, which are hard, sharp, and strong to snag and break down their food. Their sleek body shapes aid in providing agility when swimming. Sharks also typically have five or six slits on their sides and pectoral fins that are not attached to their heads.

Over the decades, shark numbers have dwindled due to several reasons. People have been hunting them for their skin, meat, and fins all over the world. This overfishing has led to many shark organizations lobbying to make the shark meat trade illegal. Yet many fishing companies refuse to follow the laws and protocols, continuing to catch sharks for their personal gain. Moreover, the scary and dangerous image of sharks, created by pop culture, has led to many unnecessary killings of the fish. According to studies and research, the shark population has reduced by an exponential 71% since 1970. Such a situation is alarming because a reduced shark population can have grievous impacts on the environment. Sharks keep the ocean health in check by keeping the population of other sea inhabitants under control. For example, sharks prey on sea turtles, who eat seagrass that is important for carbon storage. If the sea turtle population increases, the carbon stores are threatened and, by extension, so is the environment.

The Devonian period, also known as the Age of Fishes, shows the earliest evidence of sharks.

Sharks are known as ‘sea dogs’ in the fishing community, and the name holds to date for many shark species.

The Australian public beaches use mesh to catch sharks before they attack humans.

Sharks Killed Out of Fear

At least 100 million sharks are killed each year all because humans fear them.

What day is Shark Day?

Some species of sharks are bulletproof. For example, whale sharks’ skin can be very difficult to penetrate because their skin is six inches thick.

What are sharks afraid of?

Sharks, like any other creature, are afraid of anything that may pose a threat to them. This is why they will only attack if they feel that something is constantly threatening them. White sharks, for some reason, avoid orcas. For example, they will abandon any regions known to have orcas in them.

How to Observe Shark Awareness Day

5 Facts About Sharks That Will Blow Your Mind

Why Shark Awareness Day is Important 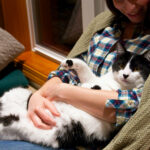