Whether you’re a novice whisky drinker or a seasoned professional passionate about infusing just the right flavors into your brew, you can enjoy World Whisky Day on the third Saturday in May, or May 20, this year. The fact is, whisky is a historical classic that’s been distilled with care for over 500 years. The beverage of kings and peasants alike for generations, whisky is easily poured between friends and can be the catalyst to make some great memories. If you’re a whisky lover, today is the perfect excuse to celebrate with a top-shelf glass and some pals!

The ‘water of life’ has had a storied past. The first evidence of distillation — the essential process for creating whisky — dates back to Mesopotamia around 2000 B.C. It wasn’t until 100 A.D. that Alexander of Aphrodisias created the first recorded instance of distillation — he distilled seawater to make it into pure drinking water! Distillation techniques for whisky wouldn’t come around until around 1100, at the earliest, when monks traveling into Scotland fermented grain mash and created the first instance of the beverage.

However, the first year in which whisky was officially mentioned as a distilled product was in 1405. It’s written in a family’s history that someone in their clan died after drinking too much at Christmas. Over the next hundred years, whisky distillation became widespread in Scotland. Later, when King Henry VIII of England disbanded monasteries, many monks made their living by selling the whisky they distilled to the general public. Soon, whisky was available to all!

From as early as the 1600s, Scottish immigrants to the new American colonies brought distillation practices with them, and whisky was available quite early in North America. Around the same time, the first whisky distillery in Ireland was officially licensed, in 1608. Whisky made another notable appearance in the 1770s and 1780s, during the American Revolution, when it was so valuable that many distilleries actually used it as a currency.

To help fund Revolutionary War debt, the newly-formed American government imposed a whisky tax on the import and export of the product. This led to unrest between the government and the whisky farmers, eventually resulting in the Whisky Rebellion between 1791 and 1794. Though George Washington sent national forces to quell the Rebellion, the whisky tax remained a contentious issue until Thomas Jefferson’s presidency, when it was repealed.

Throughout the 19th century, there were many inventions and industrialization practices for whisky. For example, the ‘continuous still’ and the ‘Coffey still’ modernized the distillation process and allowed for much more cheap and efficient production of whisky. The beverage made it through the American Prohibition thanks to a loophole — it was allowed as a medicinal product and was still sold in drugstores! Walgreens profited greatly off of being able to sell the spirit. Bourbon became incredibly popular around 1964 and, even today, whisky is a historic and well-loved alcohol around the world.

The first written record of distillation is written by Alexander of Aphrodisias, the Greek philosopher, who distills seawater to make it into drinking water.

When monasteries are disbanded in England by King Henry VIII, many monks find that distillation is a way for them to earn their living — whisky becomes more accessible to the public than ever.

Whisky as a Currency?

During the American Revolution, whisky is very valuable and actually used by many distillers as a form of currency!

Weaving through Kentucky, Pennsylvania, Virginia, and New York, the American whisky trail is launched to celebrate and promote historical sites for whisky.

Are there other holidays on May 15?

Are there other national holidays about alcohol?

Are there any World Whisky Day deals?

Why We Love World Whisky Day 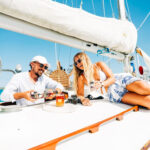