National Biographer’s Day is celebrated every year on May 16 to commemorate a very special event. It was the first time Samuel Johnson — a famous poet, essayist, literary critic, editor, and lexicographer, and his biographer James Boswell met. A biography is essentially a type of genre that features a written account of another person’s life. Did you know that biographies have been around since the Roman empire?

In the mid-1700s, Samuel Johnson, a biographer himself, met with his biographer James Boswell in London, England on May 16. According to Johnson, the best biographers ate, drank, and maintained social relations with the person they were writing about.

The meeting between Johnson and Boswell eventually led to the publishing of one of the most celebrated biographies in English literature. James Boswell’s research and narrative style set the standard for biographers since his biography of Johnson was considered to be one of the best in the English language.

However, it’s said that biographies have been around for long before that meeting. They were written historically and it’s believed that one of the first biographies was written during the Roman Empire. The genre of biography began to emerge in the 1800s and reached its contemporary form at the turn of the 1900s. While biographies went through a period of stagnation following this, autobiographies became more popular and, even until today, they have stayed relevant in the form of memoirs.

Nonetheless, biographies remain a relevant source of information for students, academicians, and readers alike. Biographies are extremely popular as they provide a deep insight into a person’s life. Moreover, in recent times, biographies have evolved and found a footing in the form of multimedia. This includes documentary biographical films, commercial films, etc.

It’s only right that there is a day dedicated to celebrating biographers who put the painstaking effort into penning down someone’s life in such a way that it is able to strike a chord with its readers.

The first record of a biography written by Cornelius Nepos is found.

Biographies of multiple famous men are written in Greek by Plutarch and compiled in a book called, “Parallel Lives.”

Samuel Johnson and James Boswell meet at a bookshop in Covent Garden, London, which lays the foundation for the latter’s biography of the former.

The biography of the writer Samuel Johnson is published by his biographer James Boswell.

Which are some of the best biographies of all time?

Some of the best biographies include “A Beautiful Mind” by Sylvia Nasar, “Churchill: A Life” by Martin Gilbert, “Frida: A Biography of Frida Kahlo” by Hayden Herrera, “Napoleon: A Life” by Andrew Roberts, and “Steve Jobs” by Walter Isaacson to name a few. Of course, there are millions of other biographies out there, so choose the one that best suits your interests.

Where did National Biographer’s Day originate?

National Biographer’s Day originated in England, however, anyone across the globe can celebrate this day.

Who was Samuel Johnson?

Samuel Johnson had many roles, including that of an English critic, biographer, essayist, poet, and lexicographer. He is even regarded as one of the greatest figures in life and letters of the 1700s. His greatest achievement was conceiving the dictionary as a type of literary work.

How To Celebrate National Biographer’s Day

5 Facts About Authors That Will Surprise You

Why We Love National Biographer’s Day 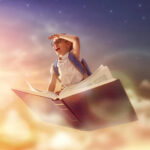 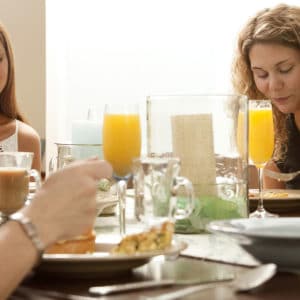