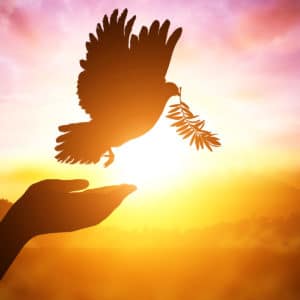 World Alzheimer’s Day
AwarenessDiseasesMental Health
Holiday search
Topics
Animal
Appreciation
Arts & Entertainment
Cause
Cultural
Federal
Food & Beverage
Fun
Health
Relationship
Religious
Special Interest
Log in Sign up
Remembrance Day is observed in Canada (and other Commonwealth nations, which include 53 member states, nearly all of them former territories of the British Empire) on November 11. It carries much of the same meaning as America’s Veterans Day. Celebrated since the end of WWI, Remembrance Day actually marks Armistice Day — the day on which the hostilities between the Allies and Germany ceased on the Western Front.

Remembrance Day, also known as Poppy Day due to the symbol of the remembrance poppy, is a day observed in Commonwealth member states. Countries such as Australia, Canada, and the United Kingdom observe Remembrance Day on the 11th hour of the 11th day of the 11th month.

At 11 A.M. on November 11, 1918, the guns on the Western Front fell silent after more than four years of continuous warfare. The allied armies had driven the Germans back, having inflicted heavy defeats upon them over the preceding four months. In November, the Germans called for an armistice, or suspension of fighting, in order to secure a peace settlement. They accepted allied terms that amounted to an unconditional surrender.

The 11th hour of the 11th day of the 11th month attained a special significance in the post-war years. The moment when hostilities ceased on the Western Front became universally associated with the remembrance of those who had died in the war. This first modern world conflict had brought about the mobilization of over 70 million people and left between nine million and 13 million dead, perhaps as many as one-third of them with no known grave. The allied nations chose this day and time for the commemoration of their dead soldiers.

On the first anniversary of the armistice in 1919, two minutes’ silence was instituted as part of the main commemorative ceremony at the new Cenotaph in London. The silence was proposed by Australian journalist Edward Honey, who was working in Fleet Street. At about the same time, a South African statesman made a similar proposal to the British Cabinet, which endorsed it.

The tradition of Remembrance Day evolved out of Armistice Day. The initial Armistice Day began at Buckingham Palace, with the king hosting a banquet honoring the French president. Later, during World War II, many countries changed the name of the holiday. The U.S. chose Veterans Day.

Remembrance Day in Canada, known as ‘Jour du Souvenir,’ remains a statutory holiday in six of the 10 provinces. The Armistice Day Act, which was held throughout the 1920s, declared that Canada’s Thanksgiving would also be observed on Armistice Day — the Monday of the week in which November 11 fell. The government, in 1931, officially changed the date to November 11. The name also changed to Remembrance Day.

Canada has declared that the date is of “remembrance for the men and women who have served, and continue to serve our country during times of war, conflict and peace,” particularly the First and Second World Wars, the Korean War, and all conflicts since then in which members of the Canadian Armed Forces have participated.

The official Canadian national ceremonies are held under a strict protocol at the National War Memorial in Ottawa, Ontario. The armed services representatives carry out a service. In May 2000, the remains of an unidentified Canadian soldier who died in France during World War I were laid in the Tomb of the Unknown Soldier at the National War Memorial.

Great Britain declares war on Germany, bringing Canada into the war due to the country’s legal status as a British dominion.

Armistice (now Remembrance) Day is first celebrated by King George V to honor those who fell during the First World War.

A Day for Remembrance

The remains of an unidentified Canadian soldier, who died in France during World War I, are laid in the Tomb of the Unknown Soldier at the National War Memorial.

Remembrance Days Around the World

Remembrance Day is one of the many days countries observe to remember their fallen soldiers and those who have fought in times of war and conflict. Here are some other similar days from across the globe.

54 – the number of Commonwealth States such as Canada, the United Kingdom, and Australia, which observe the tradition of Remembrance Day on the 11th hour of the 11th day of the 11th month.

118,000 – the number of Canadians who made the ultimate sacrifice during times of war and conflict.

82% – the percentage of Canadians who still find the annual tribute important.

54% – the percentage of Canadians who feel today’s youth do “a good job” of honoring veterans.

46% – the percentage of Canadians who think young people understand the sacrifices of those who have died in conflict.

79% – the percentage of Canadians who wear a poppy to mark the event.

91% – the percentage of those who believe Canada should do more to honor its veterans.

886,000 – the number of British soldiers who perished during World War I.

Why do we celebrate Remembrance Day?

Remembrance Day honors soldiers who fought for their countries, not only in World War I but in all conflicts.

Is Remembrance Day a statutory holiday in Canada?

Remembrance Day is recognized by the federal government as a national holiday, but not all provinces observe it as a paid statutory holiday.

Germany doesn’t commemorate the signing of the armistice, although the country has another national day of mourning instead.

How to Observe Remembrance Day

Why Remembrance Day is Important 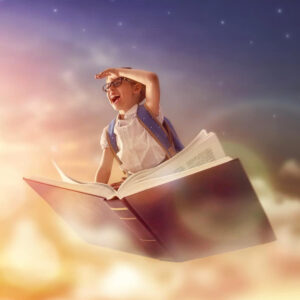 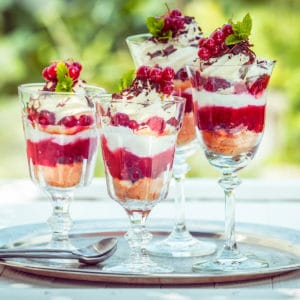 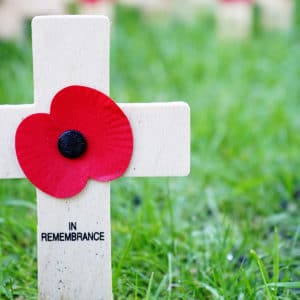 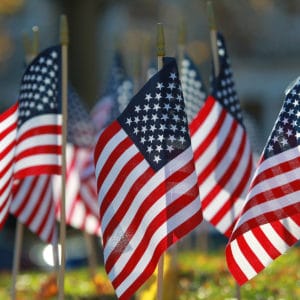