Armistice Day is a public holiday on November 11 in France, commemorating the signing of the armistice between Germany and the Allies that led to the ceasefire and finally put an end to World War I in 1918. It is a time of happiness that commemorates the end of the war but, at the same time, the day is observed in honor of the veterans who lost their lives for their country. Known as ‘Jour d’armistice’ in French, a one-minute silence in remembrance of the fallen is held at 11 A.M. with military parades organized across the country for the rest of the day.

When is French Armistice Day 2023?

Armistice Day is celebrated in France on November 11.

November 11 is a national holiday in France and other Allied nations. It is known as Veterans Day in the United States and as Remembrance Day in the Commonwealth of Nations.

The armistice was signed at Compiègne in France at 5.45 A.M in 1918, but came into effect at 11 o’clock in the morning. The odd recurring insistence of the figure 11 on this day led to the famous saying highlighting the armistice — “the eleventh hour of the eleventh day of the eleventh month.”

Although the treaty resulted in a ceasefire for France on the Western Front, hostilities in other regions, such as in parts of the former Russian Empire, continued for a short time. As a result, the armistice expired only after 36 days and had to be extended several times to remain in effect. With the Treaty of Versailles that was signed in June the following year, in 1919, it was only then that World War I came to an absolute end.

Armistice Day is observed with reverence in France and Allied countries. The main focus of the day is the remembrance of fallen soldiers. The French president traditionally lays down a wreath of the Unknown Soldier at the Arc de Triomphe in Paris, preceded by a grand parade with more than 60 heads of states and government gathered to pay their respects. Citizens, mostly dressed in black, gather to watch the ceremony surrounded by a solemn atmosphere.

Start of World War I

Archduke Franz Ferdinand of Austria is assassinated by a Bosnian-Serb nationalist, sparking a conflict that kicks off the First World War in history.

Signing of the Armistice

At 5.45 A.M., the armistice between Germany and the Allies is signed, taking effect at 11 A.M.

Even after the signing of the armistice, the Treaty of Versailles ultimately brings the war to an end.

The law that marks November 11 as a national holiday in France is approved.

Why is it called Armistice Day?

Armistice is a convention signed by opposing sides in a war to agree to stop fighting for a certain time. Armistice Day commemorates the armistice agreement that ended World War I.

What is the difference between Remembrance Day and Armistice Day?

Other countries have different days for mourning. Armistice Day is on November 11 and is also known as Remembrance Day. November 11 is known as Veterans Day in the United States.

What happened on Armistice Day in 1918?

World War I came to a complete end on November 11, 1918, when the armistice was signed at Le Francport near Compiègne between the Allies and their last remaining opponent, Germany.

How to Observe French Armistice Day

5 Facts About France That Will Blow Your Mind

Why French Armistice Day is Important 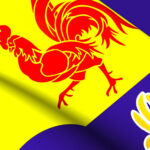 Day of the French Community