Angola Independence Day is celebrated on November 11 every year in Angola, which is found on the west coast of the African continent. The country achieved independence from the Portuguese after a war that lasted over 13 years, which is known as the Angolan War of Independence. The war began when people rose against being forced to grow cotton by the Portuguese leaders and ended with a coup by the military that overthrew the dictatorship in Angola.

The day is a public holiday in Angola and is celebrated with parades, official ceremonies, and other festivities across the country.

Angola Independence Day is commemorated every year in Angola to celebrate the day when the Angolan War for Independence officially ended and the Portuguese government signed the Alvor Agreement.

The Portuguese started making inroads into African countries with the intention to conquer them and use the countries for minerals, other resources, and slavery. They set up settlements in some countries and eventually started trying to conquer the territory that is now known as the country of Angola.

There were lots of battles and incursions, but Angola was formally taken over by the Portuguese, and was later given the status of an overseas dominion of Portugal.

Briefly, Angola was relegated to the status of a colony rather than dominion, and during that time the native residents of Angola began to become more aware of the way they were being discriminated against.

When Angola regained the status of dominion, the people began to develop a greater sense of nationalism and began forming groups and parties to ensure that they could protect their interests.

War broke out when the Portuguese tried to inflict forced cotton cultivation on the people. The people revolted, leading to an uprising, which was eventually suppressed. Then a guerilla war began, which lasted over 13 years, ending with the leftist army coup of the corporate dictatorship set up by the Portuguese.

Soon after that, the different parties and political factions entered an armed conflict with each other resulting in a civil war which formally ended with the Portuguese government signing the Alvor Agreement with the Angolan party which gave Angola independence from Portugal.

Portugal Begins the Conquest Of Angola

While the Portuguese have been around on the African continent since the 1500s, they only start their conquest in the 18th century.

The Angolan War for Independence Begins

The rebellion against the forced cultivation of cotton by the Portuguese government begins in February.

The Portuguese Are Overthrown

In April, the military forces of the Angolans overthrow the Estado Novo dictatorship set up by the Portuguese.

In January, the different political parties of Angola and the Portuguese governments sign the agreement giving Angola independence.

Who won the Angolan Civil War?

What did the Portuguese use Angola for?

The Portuguese were heavily involved in the slave trade and a lot of Angolan people were sold into slavery.

When did the Angolan War end?

How to Observe Angola Independence Day

Why Angola Independence Day is Important 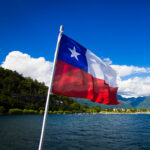