Printing Ink Day is celebrated annually on the closest Tuesday to January 16, since 1977. It is a day we can all come together to remember one of our most essential office tools. We get to know what inks are made of, where they come from, and what they are used for.

Ink is generally a colorant, such as a pigment or dye used to deliver color to a surface like paper.

Back in the day, there were no printers or ball pens to take notes so people used materials like colored vegetables or blood of fish amongst others. Imagine having to kill a fish every time you needed to send a note to a friend. This could take the fun out of it.

Ink has been around for a long time. The first man-made ink was most likely developed in Egypt about 4,500 years ago. It was formulated by mixing carbon suspensions in water with additives like egg albumen and natural gums to hold it together. Later on, in 2500 B.C. the Chinese and Egyptians simultaneously developed inks made from similar materials, soot derived from wood smoke and animal fat, and condensed with a substance from animal skin called gelatin. Soot is a dark pigment, hence why most writings found from that time were black. They would use an adhesive gum material to mold them into rods which were eventually dried and stored. Upon use, they would take the rod and dilute it in water to activate it before application.

Around 400 B.C., Indians developed their ink called Masi, it was made from burnt bones, tar, and pitch, and like our modern-day pens, a needle was used to apply the ink to parchments. Following them, the Romans created a new type of ink with the use of ground irons and tannin from gallnuts, which formed the basis for inks through the coming centuries. In 1440, the mechanical printing press was invented by Johannes Gutenberg, but it had a unique problem. Existing ink did not absorb fast enough into the paper and inconveniently smudged as the press moved. To find a solution to this problem Gutenberg came up with the first oil-based ink made from turpentine, walnut oil, and soot. This singular contribution to the print world earned him the title “Father of Print.”

In 1772, the first patent was issued in England for making colored ink and as the millennia advanced, new print technology developed. In the 1970s, there was an oil crisis and printers started looking for an alternative to petroleum-based inks. Such as water, soy, and vegetable-based ink which are more sustainable and friendlier to our environment.

The Egyptians and Chinese develop ink made from soot, animal fat, and gelatine.

The Printing Press Is Invented

William Henry Perkin discovers the first type of synthetic dye when he tried to find a cure for malaria.

Printing Ink Day is first observed on the closest Tuesday to January 16. 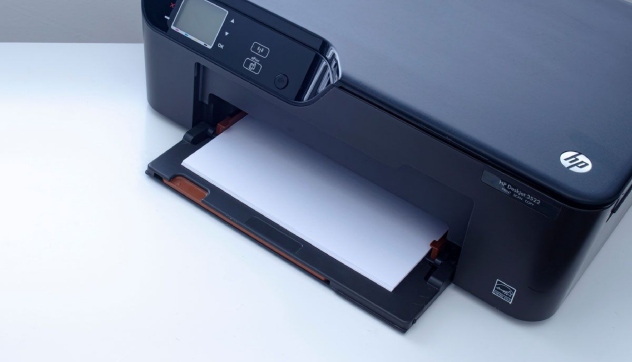 The Best Small Printer for 2023

Need a small printer that does the trick for your home office? Look no further.

Is printing on paper bad for the environment?

Despite what some people may think, Things have truly evolved in the print world. It is now used in many beneficial aspects of our lives. And the information we print on paper provides not only environmental, social, and economic benefits but also helps maintain public health, welfare, and the environment, making paper one of the few sustainable products in the world.

It stands for cyan, magenta, yellow, and black. They are further referred to as ‘full-color printing’ or ‘four-color printing’ and are the most commonly used printing technique. Using these four primary colors as its base, varying combinations of these four is what produces virtually every color you can think of.

Which printer is right for you, Inkjet or Laser?

How to Celebrate Printing Ink Day

Why We Love Printing Ink Day