Stephen Foster Memorial Day, held annually on January 13, gives you the opportunity to discover America’s first songwriter and his music — which you might recognize. This day commemorates the man who composed hundreds of popular American songs, even before songwriting was a career.

Stephen Foster did not receive formal tutoring in music but was assisted by musician and music dealer Henry Kleber. He also taught himself how to play the clarinet, flute, piano, and guitar, and he showed a natural musical bent.

By 1846, he had moved to Cincinnati, Ohio, to work as a bookkeeper at his brother’s steamship company. While there, he wrote his first successful song, eventually returning to Pennsylvania in 1850 to sign a contract with New York publishers Firth, Pond & Co., to write songs for the minstrel band, the Christy Minstrels. According to the publisher’s rules, some songs appeared under Christy’s name. Foster was named as the songwriter only after 1879.

Foster attempted to make a living as a songwriter after signing his contract with Firth, Pond & Co., back when this was not even considered a profession. This was his most successful period. Unfortunately, as he did not perform on stage, his talents went virtually unrecognized during his lifetime.

By 1857, after severe financial difficulties, he sold the rights to all his future songs to his publishers for approximately $1,900. The profits of his songs went largely to the performers and his publishers. Upon moving to New York City in 1860, he began to change his style. Now, he was writing largely sentimental songs such as ‘Poor Drooping Maiden.’ The subsequent years were less prolific, and he faced significant personal troubles. He died at the age of 37 in what appeared to be an accident at home and left around 200 songs for which he had written the words as well as the music.

In October 1951, President Harry Truman dedicated the day Foster died, January 13, as a day to remember him. Stephen Foster Memorial Day was made official in 1966 and was celebrated a year later.

Stephen Foster writes ‘Oh! Susanna’ while working at his brother's steamship company; the song goes on to become the anthem for gold miners heading west to the California Gold Rush.

In October, President Harry Truman issues a proclamation to dedicate January 13 as a day to remember Foster.

Foster is inducted in New York.

What holiday was Stephen Foster born on?

Foster was born in Lawrenceville, Pennsylvania, on July 4, which is Independence Day in the United States.

Where is Stephen Foster Memorial?

The Stephen Collins Foster Memorial is located at the University of Pittsburgh and is a performing arts center and museum. It houses the Stephen Foster Archives as well.

Why is Stephen Foster important?

This “father of American music” influenced various musicians after him, and he was the very first songwriter in America. 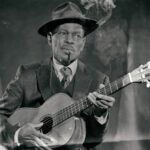 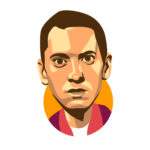