Lohri is a traditional celebration, particularly observed by Northern India and linked to the Punjab region, to mark the passing of the winter solstice and welcome longer days and the sun’s journey to the northern hemisphere. It is typically celebrated in the states of Punjab, Haryana, Himachal Pradesh, Delhi, Uttar Pradesh, Uttarakhand and Jammu, and is one of the most popular festivals in Northern India.

Lohri is linked to different significant legends but is typically observed a day before the Maghi festival, which is dedicated to the sun deity Surya. It is an official holiday in the Northern India region, and is usually celebrated by Hindus, Sikhs, and Muslims. In houses that have recently had a marriage or childbirth, celebrations will reach a higher pitch of excitement.

Historical references to Lohri are mentioned by European visitors to Maharaja Ranjit Singh in 1832. Further reference is made by Captain Mackeson distributing suits of clothes and large sums of money as rewards on Lohri day in 1836. The celebration of Lohri with the making of a huge bonfire at night is also noted in the royal court in 1844.

Another popular folklore links Lohri to the tale of Dulla Bhatti, a folk hero who supposedly came from the Punjab region and led a revolt against the Mughal rule, during the reign of the Mughal emperor Akbar. Dulla Bhatti was regarded as a hero for rescuing Hindu girls from being forcibly taken and sold in the slave markets of the Middle East.

Therefore, along with singing and dancing around sacred bonfires, children go around homes singing the traditional folk songs of Lohri with Dulla Bhatti’s name included. After the song ends, the adults of the home are expected to give snacks and money to the singing troupe of youngsters.

The Reign of Dulla Bhatti

The folk hero Dulla Bhatti is born in the mid-16th century and dies in 1599, after a legacy of activism.

Captain Mackeson of Maharaja Ranjit Singh distributes suits of clothes and large sums of money as rewards on Lohri day.

The Bonfire is Lit

The royal court lights a huge bonfire at night to celebrate Lohri.

Are Lohri and Makar Sankranti the same?

They’re both harvest festivals, but Lohri, which celebrates the harvest of rabi crops, happens a day before Makar Sankranti.

Is Lohri celebrated in the whole of India?

Lohri is a harvest festival that is mostly celebrated in the northern states of India, such as  Punjab and Himachal Pradesh. However, it is usually followed by other harvest festivals such as Pongal in South India and Makar Sankranti in the western parts of India.

Why do we burn fire on Lohri?

Folklore of Punjab believes that the flames of the bonfire lit on the day of Lohri carry the messages and prayers of the people to the sun god to bring warmth to the planet and to help crops grow. In exchange, the sun god blesses the land and ends the days of gloom and cold

How To Observe Lohri

Why Lohri is Important 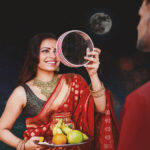