Karva Chauth is a popular Hindu festival celebrated on October 13 this year. It is always held on the fourth day after the full moon in this month and nine days before Diwali. On this day, married women, especially in Northern India, take time to fast from sunrise to moonrise. During this fast they pray for the safety, health and long life of their husbands. They have traditions from preparing various foods, decorating the dishes to break the fast with, which clothing to wear and even the gifts they give one another. Women begin preparing for Karwa Chauth a few days ahead of time by buying adornments, jewelry, lamps and henna. Local bazaars look festive as shopkeepers put their colorful Karwa Chauth products on display.

Karva is another word for ‘pot’ and Chauth means ‘fourth’. Big earthen pots to store wheat are sometimes called Karwas, so the fast may have begun as a prayer for a good harvest in the wheat-eating Northwestern region of India. It is said that this festival began when women started praying for the safe return of their husbands, who went to fight wars in distant lands. It is also believed that it is celebrated to mark the end of the harvest season. Whatever the origins, the festival offers an occasion to strengthen familial ties.

There are various mythological tales related to Karva Chauth. One of the most popular ones is that of Queen Veervati, the only sister of seven brothers who tricked her about the rise of the moon, causing her to break her fast ahead of time. This later led to her husband, the king, dying. However, upon her persistent crying, a goddess told her to repeat the fast. When she did this, her husband’s life was restored.

On the day of Karva Chauth, married women wake up early in the morning before sunrise to eat ‘sargi’ — a meal usually prepared by their mothers-in-law (if they live together) and mostly consisting of vermicelli, milk, vegetables, and dried fruits. After this, they neither eat nor drink anything from sunrise until the moon appears. Fasting women choose to wear Karva Chauth special dresses like a traditional ‘sari’ to look their best. In some regions, women wear the traditional dresses of their states.

The festival is introduced and practiced across Northern India.

A Bollywood film, “The Big-Hearted Will Take the Bride”, in which the festival is celebrated in all its romantic splendor, is released.

The car brand, Chevrolet, releases an advert for their Optra model that depicts the festival.

Groups of unmarried women start to keep the fast out of a sense of friendship, though this is not practiced everywhere, due to some feeling the celebration emphasizes women’s dependence on men.

Which is more important: Karva Chauth or Karak?

“Karak” is the name for the earthen pots used to offer sacrifices to the moon, while Karva Chauth is a festival of prayer and fasting, so the two are related.

Why do women apply henna to their hands at Karva Chauth?

On the day of Karwa Chauth women apply henna on their hands and feet. They believe that if the color of the mehndi is dark, it is a sign that the wife will get much care and love from her husband.

Which god is worshipped on Karva Chauth?

The goddess Parvati and Lord Shiva are worshipped on this day.

How To Observe Karva Chauth

5 Facts About Karva Chauth Celebration That Will Enlighten You

Why We Love Karva Chauth 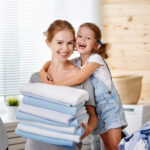