National Plant Flower Day is on March 12 every year. We don’t know about you, but flowers make us an infinitely nicer and happier bunch! We love how they’re just meant to bloom — no questions asked. The flower’s approach to life is worth emulating! Not only do they bring us joy, but there’s a flower for virtually every mood. Whether expressing grief, love, gratitude, or appreciation, flowers say it best when words fail us. So let’s spread the love and plant more flowers this National Plant a Flower Day.

Flowers have changed the face of the earth, quite literally, ever since they made an appearance in the Cretaceous period over 145 million years ago. Before flowers, the world was abundant in ferns and conifers – an endless expanse of green idyll.

Thanks to insects and dinosaurs plowing their way across, flowers diversified rapidly. The explosion of plant varieties and color cascaded into the birth of several plant families we know today.

Flowering plants are vital to existence. They’re food sources that provide humans and animals the sustenance we need to survive.

More than anything, flowers have an uplifting quality that captures the imagination. Many flowers bloom just for a short period, usually in spring or early summer. Although short-lived, few things compare to the beauty of flowers in full bloom. Perhaps their transient yet incomparable beauty inspired the symbolic meanings of flowers across various world cultures.

Across civilizations, flowers have retained certain myths and symbolism. Their fragility has come to represent death or new life. Sometimes they represent gods and goddesses too. But, there’s no denying how flowers in full bloom are a universal expression of joy.

During the late 1800s in Europe, a new concept around flowers became popular. These stunning blooms became a way to represent people’s feelings. Communicating through flower arrangements helped articulate the unsaid. Soon, codebooks to decipher the language of flowers would make communication easier. For example, a field clover meant, “When can I see you again?” A red rose petal meant “Yes.” Green flowers signified the receiver’s heart was made of stone!

The days of complex flower codes may be long gone, but flowers continue to bring joy and meaning to our lives. We may never know who came up with National Plant A Flower Day. The real question isn’t ”why?” but “why not?”

The First Blooms on Earth

Flowers make an appearance on Earth.

Flowers as Expressions of Sentiment

In Europe, the idea that flowers represent feelings grows into an elaborate ‘language of flowers.’

Elizabeth Zimmer, a microbiologist, traces the common ancestry of all flowering plants to a woody plant called Amborella trichopoda.

What is National Flower Day?

National Flower Day on March 21 celebrates the first official day of spring. It’s a day to bid farewell to winter and look forward to sunny weather. Planting flowers is a great way to commemorate this day. People also send flowers to loved ones or spend time in nature surrounded by flowers.

Does the U.S have a national flower?

What flower blooms and dies in one day?

Flowers that bloom and die in one day are the tropical hibiscus, the Virginia spiderwort, hibiscus flowers, and daylilies.

Why We Love National Plant a Flower Day 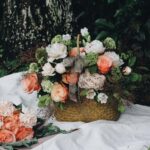 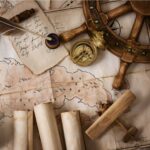