Popcorn Lover’s Day, celebrated on the second Thursday in March, is a dream come true for all popcorn fans. Do you want to know how? Because you get to eat your favorite snack all day! This means you can choose any taste you want. Salted popcorn, buttered popcorn, caramel corn, and even kettle corn are examples of this. The goal is to consume anything and everything that appeals to you. So, what are you holding out for? Begin popping your favorite snack with friends and family and start nibbling right away. Make sure that the day is one you will remember for years to come.

Popcorn is a snack that has been around for thousands of years. It may be traced back to the Native Americans since the oldest popcorn discovered is over 4000 years old. Around 1948, the oldest popcorn was discovered in a bat cave in West-Central New Mexico. However, popcorn served numerous functions at the time. Due to their cultural worth, they were ingested, used to decorate headdresses and deity images, and were even discovered in South American burial sites in Chile. Some Native Americans thought that spirits resided among popcorn kernels, became enraged when roasted, and then fled. It’s safe to say, the ‘popping’ sound is responsible for the narrated superstition.

When the region was colonized, popcorn was known as ‘parching corn,’ ‘rice corn,’ and ‘popped corn.’ In the 1820s, the term popcorn was devised. It was not only eaten but it was also used to decorate the Christmas tree. While organically cooked popcorn had its advantages, it did not gain popularity or develop a distinct flavor until it was marketed.

Cracker Jack began selling popcorn in 1896, and it quickly became a staple at all baseball games. Following that, the mobile popcorn machine was invented. Popcorn became a mainstay at fairs, parks, and streets as a result of the innovation. Popcorn was also quite cheap, and people could buy it even during difficult times like the Great Depression.

In the early 1950s, as television became more popular, fewer people went to the theaters, and less popcorn was consumed. Percy Spencer found that microwave popcorn could be made, and by the early 1980s, numerous companies were making microwave popcorn. Golden Valley Foods was one of the first to make it in 1971.

The mobile popcorn cart is invented by Charles Creator.

The Orville brand of popcorn is launched.

What are the benefits of popcorn?

Eating popcorn has several health advantages. Popcorn includes phenolic acids, a form of antioxidant, in addition to being high in fiber. Popcorn is also a whole grain, a type of food that has been linked to a lower risk of diabetes, heart disease, and hypertension in humans.

How do I get all the kernels to pop?

Can popcorn make you gain weight?

Why We Love Popcorn Lover's Day 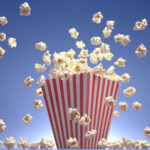 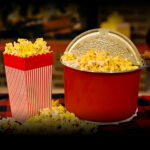 National Get Over It Day
National Meatball Day