Business of Popping Corn Day is an annual holiday celebrated on December 2 to commemorate the invention of the first large-scale commercial oil popcorn popper by Charles Cretors in 1885. Did you know Cretors almost gave up on the journey that kick-started his career, first as a manufacturer of biscuits, then as a mechanist and painter, all of which were critical in helping him invent the popcorn popper?

Business of Popping Corn Day celebrates Charles Cretors and his invention — the popcorn machine.
His was the first large-scale commercial oil popcorn popper and was invented in 1885, first as a peanut popper. This was due to Charles’ discontentment with all the popular peanut poppers available at the time, as confirmed by his great-grandson who said, “My great-grandfather had a candy store in Decatur, Illinois. He bought a peanut roaster that he didn’t like and thought he could do a better job. So he sold everything and moved to Chicago to build a better peanut roaster, which he proceeded to do. He had a City of Chicago peddlers license dated 1885, and that’s how we date the start of the company.”

In the 19th century, most people made popcorn by holding long-handled wire boxes filled with kernels over fires that, although effective for home consumption, were inadequate for commercial success. It was Cretors’ machines, invented through his C. Cretors & Company in 1885, that soon made it practical for people to get into the business of popping corn.

Cretors powered his popcorn machine with a steam engine, allowing for automation. The steam was created by a fire under a broiler and powered the small engine, which, in turn, moved the gears, shaft, and an agitator, stirring the kernels. The fresh popcorn was caught in a storage bin. Additionally, steam was diverted to a whistle, which caught the attention of customers.

He applied for a patent for his invention on August 10, 1891, and it was granted on October 10, 1893. The same year, he took his invention to the World’s Columbian Exposition where the wider public could sample his machine’s popcorn for the first time.

Cretors successfully introduces his invention at the World’s Columbian Exposition in Chicago, Illinois.

Why do we have Business of Popping Corn Day?

Business of Popping Corn Day is observed to commemorate the invention of the first large-scale commercial oil popcorn popper.

Who is Charles Cretors?

Cretors is recognized as the inventor of the first large-scale commercial oil popcorn popper and while he didn’t invent popcorn, he popularized it.

How long does it take corn to pop?

The kernels should dry properly in six hours. The dried kernels are ready to pop into corn almost immediately.

5 Things You Should Know About Charles Cretors

Why We Love Business of Popping Corn Day 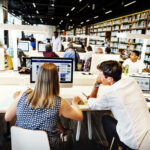 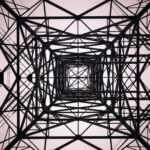