Aztec New Year in Mexico falls on March 12 every year. It signifies the start of the New Year according to the Aztec calendar. We often imagine time as a linear concept — a straight line running from point A to B. The Aztecs took a radically different view. Time was a force. It provided energy and change. Time was often a harbinger of miracles. The Aztecs viewed it through a lens of continual creation, destruction, and regeneration. Given the ebb and flow of life itself, we think they were spot on. Aztec New Year celebrates an ancient culture whose ideas still find resonance today.

Falling on March 12 each year, the Aztec New Year celebrates the start of the year according to the Aztec Calendar. It’s a date with plenty of symbolism, traditions, and celebrations.
The holiday is special to Nahua communities in Mexico — groups of indigenous people who live in Mexico and parts of El Salvador. In the original Nahuatl, the holiday is called ‘Yancuic Xihuitl.’ Nahuatl is a fascinating language with numerous dialects and has Uto-Aztecan roots. The Nahua communities today speak a mix of both Nahuatl and Spanish.

From 1300 to 1521, the Aztecs rose to power and influence as the center of Mesoamerican culture. They followed the Mexica or Aztec calendar — a 365-day calendar cycle comprising two parts that ran simultaneously. The first was the year count or xiuhpohualli. The second was tonalpohualli, or ‘counting of the days’ — a 260-day ritual cycle.

Celebrations commence with ceremonial dances and songs set to the beat of traditional drums. Dancers come dressed in colorful traditional finery and quetzal feather headgear. Anyone fortunate to attend can attest to how mesmerizing these performances are. People present seeds as offerings and light ‘ocote’ or pitch-pine candles that produce aromatic and extremely flammable resin.

Towards the end of the ceremony, people burn a flag representing the year gone by and perfume a replacement flag. Finally, they welcome the New Year by blowing into conch shells — the same way their ancestors used to centuries ago.

The Rise Of an Empire

The Aztec people migrate from the Northern Mexican plateau into Mesoamerica.

The Makings Of ‘Piedra del Sol’

The Rediscovery Of the Calendar Stone

After lying under Mexico city for decades, the calendar stone is rediscovered and mounted on the towers of the Catedral Metropolitana.

Some conspiracy theorists claim the stone predicted the end of the world.

How do they celebrate the Aztec New Year in Mexico?

Nahua communities in Mexico celebrate by lighting ocote (pitch-pine) candles, making offerings, and performing ceremonial songs and dances to the beat of drums. Fireworks are a recent modern-day addition to the festivities.

When is the Aztec New Year?

According to the Aztec Calendar, March 12 marks the beginning of a new year.

What’s the difference between Aztecs and Mayans?

The Aztecs lived in Central Mexico between the 14th to 16th centuries. They were Nahuatl-speaking people whose empire spread across Mesoamerica. The Maya people inhabited a wider territory spanning all of the Yucatan Peninsula. They lived in northern Central America and southern Mexico as early as 2600 B.C.

How To Celebrate Aztec New Year

5 Important Facts About The Maya Civilization

Why We Love Aztec New Year 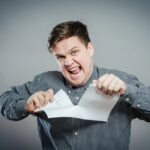 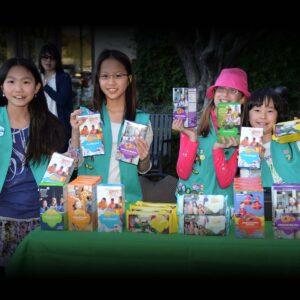