Every year on March 16, we celebrate the fluffiest, bamboo-munching bears that are a source of national pride for China. There are two subspecies of panda: The Giant, black and white panda, and the ‘Qinling panda’ – A much smaller, brown subspecies of panda, discovered in 1985 in the mountain ranges of the southern Shaanxi Province in China. In the wilderness, giant pandas live only in the remote, mountainous regions of China. As of 2019, due to rapidly growing population numbers, the status of pandas was upgraded from “endangered” species to “vulnerable” species.

Still, it is reported that there are less than 2,000 pandas left in the wild, due to habitat loss, farming, fur hunting, and other factors. Pandas only live about 15 to 20 years in the wild, but those in captivity can live even longer. Panda bears play an important part in the ecosystem of China’s bamboo forests, by spreading seeds, and therefore, growing new vegetation, which serves both humans and animals. That’s why it is important to protect the panda and its environment.

One factor contributing to their endangered status is the low birth rate for pandas. Considering that female pandas are only fertile two or three days of the year, it makes sense that reproduction in the wild is more difficult for this species. There are about 27 zoos worldwide that protect Giant Pandas, and foster environments to encourage reproduction. The most important factor for preserving wild pandas is to protect their environment, especially bamboo forests, their main source of nutrition.

Though the origin of this holiday is unknown, we can assume that the day was created to bring awareness to the beauty of pandas, in order to keep them from going extinct. In 1961, the World Wide Fund for Nature was formed, and created their logo around the Panda, because it is “an animal that is beautiful, endangered, and loved by many people in the world,” as said by Sir Peter Scott, one of the first WWF founders. The panda became a symbol of the conservation movement around the world — a call to action to preserve endangered species, and our natural wildlife environments for our wild animals.

In 2020, due to the reproduction efforts in zoos, reforestation and conservation campaigns, pandas are considered “vulnerable” to extinction. Though they are no longer on the brink of extinction, it’s important to keep the environment for pandas intact, as the giant panda plays an important part in our natural ecosystem. There have been some political debates in China and worldwide recently on how important it is to keep spending money to breed pandas in captivity, and protect the forests of China, where the wild panda bears live. According to a scientific paper published in 2015 by The Society for Conservation Biology, preserving the natural habitat of the giant panda also helps 70% of the country’s forest birds, 70% of mammals and 31% of amphibians. Pandas play a crucial role in forests, and it’s our job to protect them.

The Roosevelt brothers become the first foreigners to shoot a panda.

A total of 24 pandas are given to foreign countries from China as gestures of peace.

The World Wide Fund for Nature was formed, creating their logo around the Panda

The State Forestry Administration released the results of the Fourth National Giant Panda Survey, showing that the population of wild giant pandas had increased by 268 to 1,864 over the last decade.

Is there a National Red Panda Day?

International Red Panda Day is celebrated on the third Saturday of September every year. This year it lands on September 19.

When is National Panda Day?

We celebrate one of the world’s most adorable creatures every year on March 16, National Panda Day.

Are pandas carnivores, herbivores or omnivores?

Pandas are omnivores. Though they are physiologically made to eat meat, they prefer to eat vegetarian, occasionally eating some meat, though it’s diet is reportedly 99% bamboo.

Why We Love National Panda Day 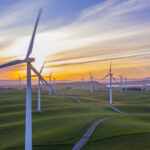