National Vaccination Day is observed every year on March 16. The day conveys the importance of vaccination and its role in public health. On this day in 1995, the first dose of the oral polio vaccine was given in India. Vaccination or immunization is the most effective prevention method of highly infectious diseases. According to the World Health Organisation (WHO), “immunization is a proven tool for controlling and eliminating life-threatening infectious diseases.” Vaccination is crucial to improving public health and life expectancy standards and elevating social and economic impact at the community and national levels.

The practice of vaccination dates back hundreds of years. Evidence points to the Chinese employing smallpox inoculation from 1000 A.D. Even the African and Turkish people practiced it before it spread to Europe and the Americas. ‘

Edward Jenner is considered the founder of vaccinology after he inoculated a 13 year-old-boy with vaccinia virus (cowpox) in 1976 and demonstrated immunity to smallpox. In 1798, the first smallpox vaccine was developed, and during the 18th and 19th centuries, mass smallpox immunization led to the disease’s eradication in 1979. Experiments by Louis Pasteur led to the development of cholera and inactivated anthrax vaccines, and the plague vaccine was also invented in the late 19th century. Between 1890 and 1950, bacterial vaccine development increased, including the BCG vaccination, which we still use today. In 1923, Alexander Glenny researched the perfect method to inactivate tetanus toxin with formaldehyde, and then the same method led to the development of the diphtheria vaccine in 1926. Viral tissue culture methods developed from 1950 to 1985 led to the advent of the Salk and Sabin polio vaccines. Thanks to mass immunization, polio is nearly eradicated in many countries globally.

We have made massive strides in vaccinology in the past two decades and have seen the successful development and manufacturing of recombinant hepatitis B and seasonal influenza vaccines. We will see even more effective vaccines with advancing technology, including therapeutic vaccines for allergies, autoimmune diseases, and addictions.

Measles, mumps, and rubella vaccines are combined to form the M.M.R. vaccine.

The Smallpox Vaccine is Removed

The smallpox vaccine is discontinued after global elimination.

Vaccines needed to fight the COVID-19 pandemic are approved.

Is the polio vaccine made in India?

No. Although India did develop a polio vaccine, the inactivated vaccine developed by Jonas Salk in the U.S. proved more effective. However, India was one of the leaders in polio research and helped manufacture the oral polio vaccine and injectable polio vaccine.

Why is National Vaccination Day celebrated?

The day is all about sharing the message that vaccination saves lives and is important, even today. National Vaccination Day or National Immunization Day is observed on March 16 because the first dose of oral polio vaccine was distributed in India in 1995.

What is World Immunization Week?

The World Health Organization celebrates World Immunization Week in the last week of April every year. The purpose of the week is to educate people on why it’s important to vaccinate and protect people of all ages against diseases. They aim to increase trust and confidence in vaccines and routine immunization.

How To Observe National Vaccination Day

5 Facts About Vaccines That Will Blow Your Mind

Why National Vaccination Day is Important 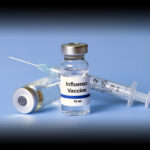 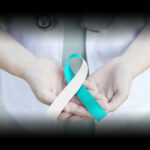