National Influenza Vaccination Week (N.I.V.W.) is observed between December 6 and 12 as a gentle reminder for you to stay protected in the upcoming winter months. If you haven’t already taken your vaccination shot, it’s not too late. We encourage you to get your dose as early as possible. The season for flu is quite unpredictable; it can begin as early as fall and last up to spring. Conventionally, flu activity is at its peak during winter, and so public healthcare professionals, advocates, and communities join hands to promote flu vaccination. Many people tend to show a cavalier attitude toward flu, dismissing it as a bad cold. But it’s more than that. It can cause serious health complications, such as bacterial infections or pneumonia, and can get you admitted to a hospital. If not treated at the right time, the flu can even lead to death. To prevent such mishaps and to raise awareness, the Centers for Disease Control and Prevention (C.D.C.) created N.I.V.W. in 2005.

Has any of your grandparents ever mentioned the Spanish Flu? Also known as the 1918 Influenza pandemic, the Spanish Flu was one of the deadliest flu outbreaks in human history. Caused by the H1 N1 influenza virus, the disease spread across the globe, toward the end of World War I. The earliest case of the flu was detected in military personnel in Kansas, March 1918.

The Spanish flu infected almost one-third of the world’s population, in four successive waves. It recorded a high death toll, ranging from 25-50 million worldwide, killing 675,000 people in the U.S. alone. The high mortality rate among young adults, between the ages of 20 and 40, was a remarkable feature of the influenza pandemic.

Although vaccination against influenza began in the 1930s, it was only until 1945 that it saw widespread availability among civilians in America. One of the lead researchers of this vaccine was Dr. Jonas Salk, who is best known for developing the polio vaccine in the 1950s.

The U.S. still witnesses tens of thousands of deaths caused by influenza each year. Flu can affect anyone, but those at a higher risk are the aged (65+), little children, pregnant women, and people with chronic illnesses. An infected person can pass it to someone at a high risk of severe illness, including babies younger than 6 months, who are too young to get a flu vaccine. To prevent this spread, the Advisory Committee of C.D.C. urges every individual to get vaccinated, including people in good health. Let’s celebrate National Influenza Vaccination Week as responsible citizens and continue the flu vaccination season, in order to protect as many people as possible.

Scientists isolate Influenza A viruses, proving that flu is not caused by bacteria.

The U.S. Public Health Service recommends annual flu shots for people at high risk of contracting flu — people with chronic diseases, anyone above 65, and pregnant women.

The first nasal spray flu vaccine gets authorized for public use.

The genomes of the virus from the 1918 pandemic are fully sequenced.

What’s the best time to get the flu vaccine?

pregnant women can get their shot in any trimester. But doctors sometimes advise pregnant women to get the vaccine in their third trimester, so the baby is safe after birth.

When is the right time to get the vaccine for a pregnant person?

pregnant women can get their shot in any trimester. But doctors sometimes advise pregnant women to get the vaccine in their third trimester, so the baby is safe after birth.

Can I get infected after vaccination?

Yes! It’s possible to contract the virus even after receiving the vaccination. On the bright side, the vaccine reduces the risk of falling sick by 40-60%.

How long does the vaccine take to work?

Ideally, a flu vaccine takes up to two weeks to develop antibodies to fight the virus. So, it’s wise to be cautious and avoid close contact during this period, to help stop the spread.

5 Facts About Influenza Vaccination You Should Know

Why is Influenza Vaccination Important 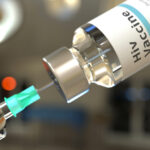 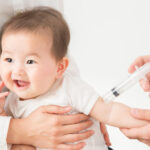 Put on Your Own Shoes Day
St. Nicholas Day