National Microwave Oven Day takes place every year on December 6 to celebrate one of the most influential kitchen appliances. Microwave ovens serve a variety of uses, such as making popcorn, heating leftovers, melting chocolate and butter, and even heating water. These days, you can even make microwave fudge or cake! Microwave ovens also use less energy than conventional ovens, sometimes up to 80% less. There’s no doubt that microwave ovens change our lives for the better. So, it’s no surprise that we have a day dedicated to celebrating the microwave’s usefulness.

Percy Spencer, a self-taught American engineer, developed a means to prepare food with microwaves safely. In 1945, he realized a candy bar in his pocket was melting while working with active radar. Amazed by his discovery, Spencer set out to make popcorn in the microwaves. He then attempted to cook an egg. The egg test performed far worse than the popcorn test, and blew up in his coworker’s face! Nowadays we know that we can use microwave ovens to cook or even poach eggs.

Spencer, who worked at Raytheon, experimented with numerous ways to cook food with microwaves safely. He discovered that he could direct the magnetron’s power into a metal box and trap it there. He also noted that food placed in the box quickly heated up. Raytheon submitted a patent for a microwave oven on October 8, 1945. Raytheon introduced the Radarange microwave in 1947, which stood nearly 6 feet tall and cost $5,000. In 1955, Raytheon outsourced its patents to Tappan, which launched a microwave that still wasn’t applicable for domestic use, and cost $1,295 at the time. Raytheon bought Amana in 1965 and released a countertop microwave for $495 in 1967. Shortly after, Litton invented a microwave oven with a design similar to those used today, which helped promote home microwaves even more. In the United States, there were around 40,000 microwaves in use in 1971, rising to one million by 1975.

Although some early models leaked, giving them a negative reputation, their popularity grew. Recipes for microwavable meals were abundant throughout the 1980s, as were consumer goods like cupcake kits but the majority of these items were of poor quality. Nonetheless, by 1986, around 25% of American households owned a microwave, and by 1997, that figure had climbed to 90%.

The Radarange is Built

Raytheon produces the Radarange microwave standing at about 6 feet.

Raytheon acquires Amana and produces the countertop microwave for $495.

Is it safe to use old microwaves?

If you properly maintain the microwave, you shouldn’t have any problems using it even if it’s old. However, if it has been damaged, you should get it checked.

What happens if your microwave is leaking radiation?

Microwave radiation can cause cataracts in the eye, temporary sterility, and skin burns. You might want to buy a microwave leakage tester to be on the safe side.

What was the microwave originally made for?

Although the original microwave oven was perfect for quick snacks, it was actually intended for restaurant use and to reheat meals on airplanes.

5 Facts About Microwaves That Will Blow Your Mind 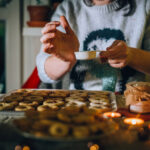 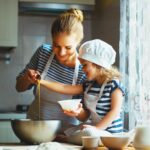