National Dance Like A Chicken Day on May 14 is all about reliving fond memories of busting out the iconic Chicken Dance. Whether it was in elementary school or at an event last week, everyone has done the Chicken Dance. While the accompanying oompah song we now know as ‘The Chicken Dance Song’ originated in Switzerland in the 1950s, it wasn’t until the 1970s that Americans caught on and the song took off on the charts. Pop on the song and dance with the kids in your life to the Chicken Dance today!

The man credited with writing the first version of ‘The Chicken Dance song,’ which today is an almost universal cultural phenomenon, was a young Swiss accordionist named Werner Thomas. It was in the late 1950s that he strung together the hit tune on his Swiss accordion when he was only in his 20s. The song was originally named ‘Der Ententanz,’ or ‘The Duck Dance,’ which we can only assume was due to the fact that he tended a flock of ducks and geese. Some say it was written for Oktoberfest, and modeled after a popular German drinking song.

‘The Duck Dance’ debuted at Thomas’s restaurant in 1963 when people began to bring to life the duck-inspired dance moves we all know today. It was as though they couldn’t help but move to the music! In the 1970s, Thomas renamed the song ‘Tchirp-Tchirp,’ which was even more evocative of the animals he tended. For over a decade, the first Chicken Dance song existed only in a tiny Swiss resort town.

After hearing Thomas’ song in a resort, Belgian music producer Louis Van Rymenant had lyrics added and released it to the public. Of course, it took off. By the 1970s, ‘The Duck Dance’ had spread to America, with the signature dance moves attached. In the U.S., September Music Corporation acquired the rights, and changed the name to ‘Dance Little Bird.’ Stanley Mills, the publisher in charge of the song, actually tried to add lyrics in English, but they never caught on.

In the 1980s, multiple renditions of the tune were born, from bands like De Electronica, a Dutch band that released an instrumental version, and another polka band — the song was placed on their album called “Hooked on Polkas!” Despite Mills’ best efforts to make the song a chart-topper, it simply didn’t happen in the early 1980s.

However, by the late 1980s, the Duck Dance had somehow been colloquially renamed ‘The Chicken Dance,’ and was popping up at events from Oktoberfests to birthdays. After Mills allowed the song to be on a record of dance hits, ‘The Chicken Dance’ took off far beyond that genre. In the decades following, it’s been used for everything from commercials to karaoke and has done well both on the charts and financially. Today, it remains very popular at all kinds of gatherings, and we all have nothing but love in our hearts for the silly tune.

The Chicken Dance is Born

Written by a young Swiss named Werner Thomas, but thought to be a drinking song long before this, the basic melody for the Chicken Dance is written.

When the iconic dance makes it to the United States, it already includes the famous dance moves like ‘beak,’ ‘wing,’ and ‘tail.’

Though the tune made its way to the United States in the 1970s, it’s not until the 1980s that the rights are acquired by Mr. Mills, who tries to put words to the song.

3 Hours of the Chicken Dance

In support of a fundraiser for the local children’s hospital, one radio station plays ‘The Chicken Dance’ for over three hours straight!

It is on the Fourth of July in North Dakota that the record is broken for the longest Chicken Dance, with a line of people over 1.6 miles long!

What is the name of the Chicken Dance?

Why is it called the Chicken Dance?

When the dance was first introduced in the United States, a German band wanted to perform on a local TV station with a demonstration of the dance wearing a duck costume. When they couldn’t find one, a chicken costume was used instead.

What are the moves to the chicken dance?

Bend your knees and wiggle your hips four times to the music, placing your arms and hands low like the tail feathers of a chicken. Straighten your knees and clap four times, with the music. Repeat steps two through five, four times.

How to Celebrate National Dance Like A Chicken Day

5 Fun Facts About The Chicken Dance

Why We Love National Dance Like a Chicken Day 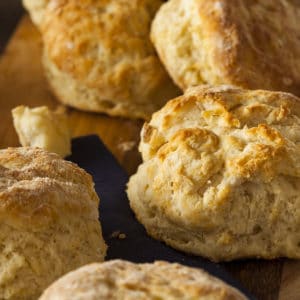